Something has to give in the Premier League this weekend when two sides enjoying winning runs go head-to-head. The Gunners have won their last four league games while the Foxes have won their last three matches in all competitions, so we are expecting an entertaining 90-minutes at the Emirates Stadium.

There is a great chance that we will be treated to goals at both ends of the pitch when Arsenal take on Leicester this weekend. Both teams have scored in each of Arsenal's last three outings as well as in four of Leicester's last six fixtures, adding further weight to our prediction for Sunday's clash.

We're predicting goals on Sunday between two teams in great form. Over 2.5 goals have been scored in each of Arsenal's last three league games, while four of Leicester's last six matches in all competitions have ended with at least three goals being scored. Vardy might miss the game but either Daka or Iheanacho will come in and offer a good goal threat for the visitors, while Saka and Martinelli are in decent goalscoring form for the hosts.

All you need to know ahead of Arsenal vs Leicester

Arsenal made the trip to Watford last time out where the two teams played out a 5-goal thriller. Odegaard put the Gunners in front in the 5th-minute but Watford equalised shortly after. A goal from Saka on the half-hour mark ensured that Arsenal went in at the break a goal to the good and early in the second half, Martinello made it 3-1. Watford did make it 3-2 in the 87th-minute but there wasn't enough time left for the home side to carve out an equaliser.

Leicester played host to Leeds and their new manager, Jesse Marsch, in their last league game. The pair went in at the break goalless and it looked like the Foxes might not be able to breakdown a solid looking Leeds defence, but Barnes did manage to make the breakthrough in the 67th-minute and it proved enough to win the game.

Arsenal: Tomiyasu and Smith Rowe are both injury concerns for the hosts this weekend.

Leicester: Castagne, Evans, Vardy, Pereira, Fofana and Bertrand are all doubts for the trip to the capital. 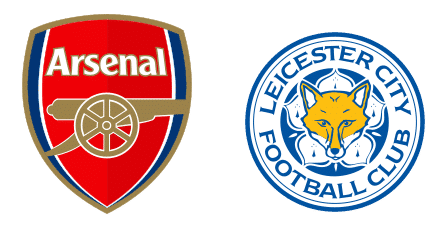