Making it through the first elimination round, it’s up to Argentina and Colombia to decide who will proceed to the final game of the competition. We have an unpredictable highly-classed South American match-up on our hands, and we will share our best free betting predictions with you.

This bet may be a long shot, but this is a reoccurring score in the current match-up. First off, most of the last 10 games played between each other have finished level (5), and 4 of those draws were 0-0. The last time that these two met in the Copa America eliminations stage, the game finished 0-0, and Argentina progressed after penalties. Furthermore, the favorite last triumphed over Colombia in 2016, so it's been a while.

Perhaps, this seems like this is the best Copa America game to bet Under 2.5 goals on. Colombia has had a 60% success rate with this wager since the start of the competition, which is also true for Argentina. One thing we can take from the favorites' match history is that it only gets over 2.5 goals in its games when playing a lower-tier side. Facing off Uruguay, Paraguay, Chile, and Peru, Argentina never had over 2.5 goals. Head-to-head, six of their last 10 meetings have had under 1.5 goals in them! Not Under 2.5, but 1.5!

Playing against each other, this wager has been doing remarkably well. We can spot only 2 matches in their last 10 that saw both sides score a goal. Colombia has also not been as convincing with its scoring as it would like to. Finding the net 3 times in the most recent 5 Copa America games spells trouble, especially after failing to even score vs Venezuela. On the other hand, Argentina is very likely to score, because it hasn’t gone goalless in over 10 games now.

Argentina vs Colombia: Latest stats and the best odds.

The winner of this game will progress to the final

It’s been a long time since Colombia has managed to reach the final stage of Copa America, to be precise, it was in 2001. That year the team won its first and only title from this competition. After taking out Uruguay in the quarter-finals, now Colombia has a chance to trip up Argentina as well.

The favorites, on the other hand, have missed just 2 of the last 5 Copa America finals. However, they were unable to triumph in neither of those games. The other semi-final match is between Brazil and Peru, which means that the winner of this game will most likely play Brazil in the final. 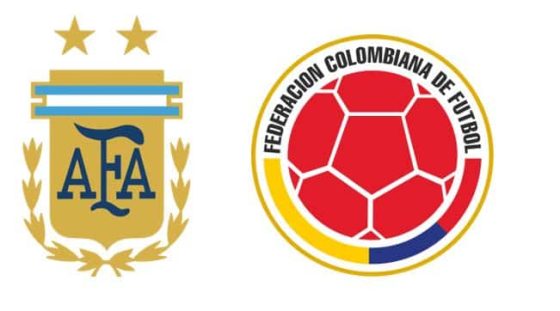