The Argentina vs Bolivia in this round of the South American WC Qualifiers probably won't be very close, but we have still prepared a detailed preview of this match for you.

Our free predictions and tips for Argentina vs Bolivia

If you can't seem to find the right bet for the Argentina vs Bolivia duel, check our favourite predictions for this game:

Argentina to Win with Handicap (-2)

While betting on a team to win by at least three goals sounds like a scary idea, Argentina has done this twice in the last five duels against Bolivia. In addition to this, Argentina has won four of the last five matches against Bolivia and the win in this match is not in question – only the number the goals that will end in Bolivia's net. After all, the difference in quality between the two teams is huge and with Argentina playing at home, we expect to see a convincing win.

Since we expect Argentina to win by at least two goals, we also expect to see plenty of goals in this match. The odds on over 2.5 total goals are not that great, so we decided to go with over 3.5 total goals. That being said, only one of the last five head-to-head duels between Argentina and Bolivia have gone over 3.5 total goals, but Bolivia averaged 3.88 goals per game so far in these WC Qualifiers, so this could be a smart bet.

If you are looking for a safe bet, you can bet on Messi to score at any time. However, we don't like the odds for this bet, so we are going with Messi to score the first goal of the game. Now, it's worth saying that Messi only scored twice in these Qualifiers and that there's a chance that he may not even play in this game since Argentina is such an overwhelming favourite. But if he does start, we believe that he can score first.

Top odds and stats for Argentina vs Bolivia

If you want to bet on the best odds for the Argentina vs Bolivia duel, check our list of odds taken from the best UK bookies:

Argentina vs Bolivia preview: Can Bolivia put up a fight?

After so many years, Leo Messi finally won a trophy with Argentina this summer when the team lifted the Copa America cup after beating Brazil in the final. These two teams were supposed to play in the last round of the WC Qualifiers a few days ago, but the match was abandoned after being interrupted a few minutes into the game. So, Argentina remains at four wins and three draws after they played seven games so far and they remain in the second place in the group.

Only Venezuela has fewer points than Bolivia so far in the WC Qualifiers since the team has only managed to win one game up to this point, along with three draws and four losses. That is not nearly enough to put Bolivia in contention for the top five places that lead to the World Cup in Qatar or the playoffs, and it seems unlikely that things can change for Bolivia in this qualification cycle.

The most frequent questions for Argentina vs Bolivia 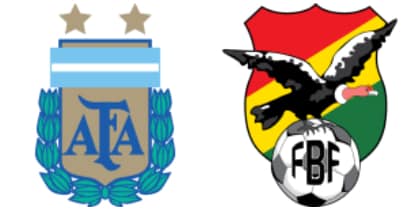