The first game of the La Liga round that's scheduled for Sunday is the Alaves vs Valencia duel. If you are interested in learning more about the game and getting some free betting tips, keep reading our preview.

Our latest betting predictions for Alaves vs Valencia

If you want to check the best La Liga betting tips, including the picks for Alaves vs Valencia, you have come to the right place:

In addition to this, Valencia enters this game after a good result in the first leg of Copa del Rey, so they have the confidence and the quality to pull off a win in this game.

Both teams have scored in four of the last five h2h duels between Alaves and Valencia, so we can see that happening once again on Sunday in their upcoming match.

Furthermore, both teams scored in a whopping 74% all Valencia matches in the league this season, while the same thing happened in 43% of all Alaves games in La Liga so far.

The best odds and important figures for Alaves vs Valencia

You don't have to spend a lot of time looking for top odds for Alaves vs Valencia – you can find them all right here:

Neither of the two teams has been winning lately, so they will try to change that in this game. So, let's take a closer look at the teams:

Eleven rounds have passed in La Liga since Alaves recorded their last win, so it's clear that the team is one of the main candidates for relegation this season. At the moment, Alaves is 19th in the standings and they are six points away from the first team that's outside of the relegation zone. So, the team will have a tough time ahead.

Ximo Navarro remains on the team's injury list and he will miss the upcoming match, but other than him, Alaves is healthy and we will be able to see their best team in this game.

Although Valencia is not in great form in the league since they have failed to record a win in the last five games, they enter this game in good mood after managing to draw with Athletic in Bilbao in the first leg of Copa del Rey semi-finals. That puts Valencia in good position ahead of the rematch and the Bats likely fancy their chances to secure a spot in Europa League through the cup more than they do through the league.

The team will once again be without Gabriel Paulista and Jasper Cillessen who remain injured, while Hugo Guillamon will also miss the game with a recent head injury.

The most common questions for Alaves vs Valencia 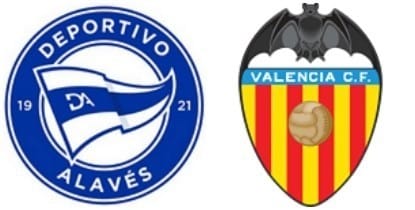