This is a preview of the Dutch Eredivisie game between Ajax and Go Ahead Eagles at the Johan Cruyff Arena on October 1, 2022.

Ajax have suffered back-to-back losses coming into the game with the latest being in the league against AZ Alkmaar. Go Ahead Eagles have picked up back-to-back victories as they went into the international break on the back of a 2-0 success over Emmen.

Ajax to win the game and total goals over 3.5

Ajax are reeling from back-to-back losses in two different competitions, but the international break could not have come at a better time for the team. The title challengers will be able to reset and focus on getting back to winning ways. They are exceptionally strong at home and the team has been able to win four of the last six matches against Go Ahead Eagles, who are also showing better form with back-to-back wins. This will not be a straightforward victory for the hosts, who may have to work hard for the same.

Mohammed Kudus is the second top scorer at Ajax, but he has been enjoying better form compared to top scorer Steven Bergwijn, who has not scored for Ajax in the last three appearances. Meanwhile, Kudus has been able to find the back of the net in five out of the last six matches for the club and country.

Top Dutch Eredivisie Stats ahead of Ajax vs Go Ahead Eagles

Ajax vs Go Ahead Eagles: Preview of the Eredivisie’s Early Kick-Off

Ajax come into the game without a victory in the last two matches against Go Ahead Eagles. After having lost back-to-back away games, the hosts are desperate for three points. Manager Alfred Schreuder might be forced to make some changes to the squad as he tries to get his team back to winning ways. The 49-year-old has a 100% record against Go Ahead Eagles.

The back-to-back victories in the league have worked well for Go Ahead Eagles, who are now up to 13th in the standings. Now, the mid-table spots are the target for the team, who were able to spring a surprise by beating Ajax in the most recent encounter.

Ajax: Ahmetcan Kaplan and Jorge Sánchez are the only two injury problems for Ajax ahead of this match.

Go Ahead Eagles: Gerrit Nauber , Willum Willumsson, Finn Stokkers, and José Fontán are the players who are unavailable for the visitors coming into the game.

Questions about Ajax vs Go Ahead Eagles 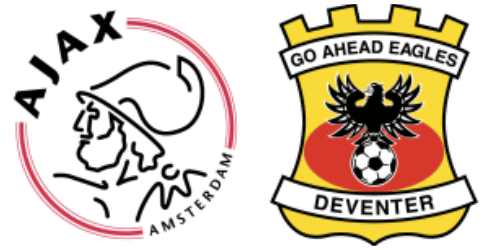 Where is the match scheduled? Johan Cruijff Arena

Which team is the favourite to win? Ajax