Sporting Lisbon had no answer for Ajax's brilliance as they succumbed to a 1-5 defeat. The Dutch side will want a similar result against Besiktas as they host them at the Johan Cruyff Arena on September 28.

Here are our predictions for Ajax vs Besiktas.

This is the first time Ajax are meeting Besiktas despite both top-flight teams being 115+ years old. This start of hostilities will be tough for the visiting Turks as the Amsterdammers are in fine form. Erik ten Haag's men have registered six wins in succession and this run will not be interrupted by Besiktas, who have ten-player unavailable for selection.

The Siyah Beyazlılar's form is poor, to say the least. Their defence continues to allow their rivals inlays, and the attack has started to give way. It has seen them involved in high scoring affairs, and their last five fixtures have concluded with Over 2.5 total goals. We are expecting a similar end to this fixture as seven of Ajax's last nine fixtures has had a similar conclusion to their affairs.

In five of their last six fixtures, Ajax has kept a clean sheet. On the other hand, Besiktas enters the fixture seeing both sides hit the back of the net in their last four competitive fixtures. As the two sides face-off, we expect the Lancers to see their clean sheet run take a jolt. While Besiktas have conceded, they have matched their rivals on the scoreboard and this will be the case on Tuesday night.

Ajax vs Besiktas: Check out the best odds and the latest stats

Erik ten Hag could not have asked for a better start to the 2021/22 campaign. His charges are flying high in all competitions and all omens point towards a terrific season at hand. They are top of the table in the Eredivisie and Champions League, which shows the strides made by the club. With 22 goals scored and just one conceded in four competitive matches, the Dutch side will be confident in their abilities.

The same cannot be said about Sergen Yalcin's men. The league triumph celebrations took their toll on Besiktas and they still seem to be having their hangover. Nevertheless, they are still in the top three places of Turkish Super Lig despite being winless in their last two outings. They have conceded nine goals in their last four fixtures and with ten first-team players unavailable for selection, that tally is surely going to increase.

Questions About Ajax vs Besiktas 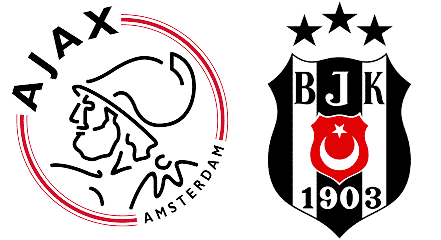 Where is the game being played? Johan Cruyff Arena.

Which team is the favourite to win? Ajax Amsterdam.