We're going with a draw on Sunday as we feel that both teams are fairly evenly matched and will likely cancel one another out this weekend. Randers have drawn their opening two games of the season and have only lost two of their last six meetings with AGF. The hosts looked good in their first home game of the season, beating Viborg 3-1, but will find it tough against a Randers team that has already taken a point from Midtjylland and OB.

This game, like most of the recent encounters between these two teams, is likely to be low-scoring. Under 2.5 goals have been scored in five of the last six encounters between AGF and Randers, while AGF's last away game only produce one goal and two of Randers' last three outings have witnessed under 2.5 goals, adding further weight to our prediction.

Everything you need to know about AGF vs Randers

AGF secured their first win of the season in their first home game against Viborg last weekend. Haugen put the home side in front after just 9-minutes and that goal proved enough to separate the sides at the interval. On the hour mark, Madsen doubled AGF's advantage with Haugen turning the provider on this occasion. However, Viborg did get back into the match in the 74th-minute when Bech forced the ball home. AGF responded really well to the visitor's goal and moved two goals clear once again just 2-minutes later through Mortensen and ran out 3-1 winners.

Randers had the home advantage against OB last time out but got off to a disappointing start, conceding the opening goal in the 29th-minute. Things went from bad to worse for Randers right on the stroke of halftime as Horneman doubled OB's lead. The hosts had to respond in the second half, and they did, Egho pulled a goal back in the 74th-minute, and 3-minutes later, Bundgaard made it 2-2 as Randers rescued a point.

AGF: Alexander Munksgaard, Sebastian Hausner and Benjamin Hvidt are all injury concerns for the hosts.

Randers: Mattias Andersson and Mikkel Kallesöe are both doubts for the trip to Aarhus this weekend. 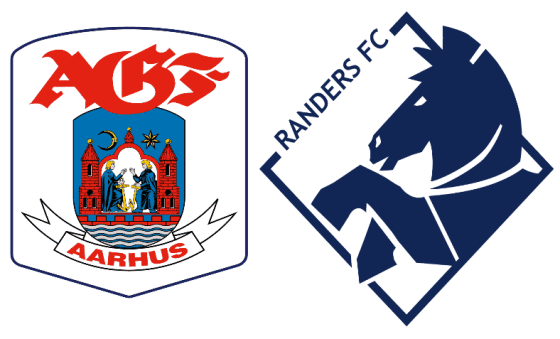