Verona are on course for a top-half finish in Serie A this season and could play their role in the title race this weekend when they play host to AC Milan. The league leaders could find themselves in 2nd place before kick-off as Inter Milan are in action on Friday night but a win will keep them top of the table no matter how their local rivals fair.

AC Milan have secured four wins from their last six encounters with Verona in Serie A, claiming a 3-2 victory at the San Siro back in October. The hosts have lost just one of their last six matches in all competitions but that defeat did come against Inter Milan and AC Milan are outperforming their local rivals as things stand. AC Milan have won three of their last four matches in all competitions and look ver strong defensively heading into Sunday's clash.

Verona made the trip to struggling Cagliari last weekend and took the lead in the 8th-minute through Barak. Caprari added a second goal for the visitors right before the half-time break and although Pedro pulled a goal back for the hosts in the second half, Verona held on to secure all 3pts. That result leaves Verona in 9th spot, 4pts behind Atalanta and Fironetina and 5pts clear of 10th-placed Torino.

AC Milan were at home to Fiorentina last time out for what turned out to be a close and competitive 90-minutes. In the end, AC Milan claimed the win they needed to keep on track for the Serie A title thanks to a late goal from Rafael Leao. With three games remaining, AC Milan sit 2pts clear of their arch-rivals Inter Milan but can't afford any slip-ups when the title is within grasp.

Verona: Diego Coppola and Ivor Pandur are the two main injury concerns for the hosts.

AC Milan: Alessandro Florenzi and Simon Kjær will miss the trip to Verona this weekend. 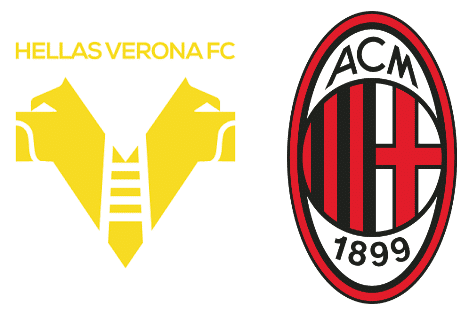