AC Milan are so close to lifting the Serie A title for the first time since the 2010/11 season and although they have a 2pt lead heading into the final game of the campaign, they face Sassuolo at the MAPEI Stadium while the other title contender, Inter Milan, are at home to Sampdoria.

Both teams have scored in each of the last four league meetings between these two clubs, which includes Sassuolo's 3-1 win at the San Siro earlier in the season. Both teams have also scored in six of Sassuolo's last seven outings in Serie A while each of AC Milan's last two away games also saw both teams score, adding further weight to our prediction for Sunday's big game.

Only one of the last six head-to-heads between Sassuolo and AC Milan have produced over 3.5 goals and we not expecting any more than 3-goals to be scored this weekend. Five of Sassuolo's last seven league games have witnessed fewer than 4-goals scored while only one of AC Milan's last seven matches have produced over 3.5 goals, so you can see why we're putting a limit on the total goals scored in this game.

Will AC Milan bottle it on the final day of the season?

Sassuolo came out flying away at Bologna last time out, taking the lead in the 35th-minute through Scamacca. Berardi scored in the 75th-minute to put the result beyond doubt and Scamacca added a third 10-minutes from time. Bologna did manage to pull a goal back in stoppage-time but the damage had already been done and Sassuolo claimed a comfortable victory.

AC Milan and Atalanta went in goalless at the break at the San Siro but 11-minutes after the restart, Leao thrust AC Milan in front. Full-back Hernandez doubled the home side's lead and gave AC Milan some much-needed breathing room and the host's defence held firm to secure a 2-0 victory and move to within touching distance of the Serie A title. A win will see AC Milan claim the league title for the first time in 11-years but Sassuolo won't go down without a fight and have beaten AC Milan in the pair's last two encounters.

Sassuolo: Jeremy Toljan and Abdou Harroui are both doubts for the final game of the season.

AC Milan: Simon Kjær is the only confirmed absentee for the visitors ahead of their final day decider. 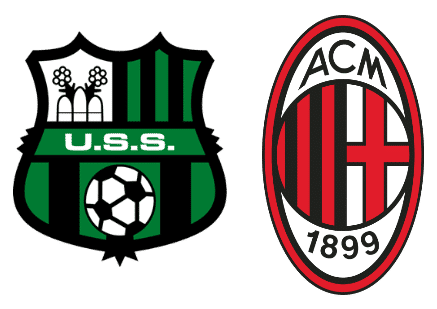