AC Milan vs Liverpool is a fixture that triggers memories of one of the best Champions League games of all time. This game will not compare to Istanbul, of course, but what can we expect? Find out with our AC Milan vs Liverpool match preview with free tips, predictions and odds mentioned along the way.

In many ways this is a dangerous game for Liverpool. Not only are they the away side but they travel to the San Siro confirmed as group winners and facing an AC Milan side that could yet finish anywhere between second and fourth. That very fact though will play into the Reds' hands hence our prediction that Liverpool will win. AC Milan have to win this game to hold any chance of progressing to the last 16; that will bring them higher up the pitch and leave them more open with Liverpool likely to exploit that.

We've already spoke about how AC Milan will need to get a positive result from this match and, because of that, we think they'll score at least once. The bad news for Milan is that we think Liverpool will score too meaning both teams will score. Forget the competition for a minute and you'll see that Milan have scored in each of their last  10 home matches. Liverpool meanwhile have scored in each of their last 10 away from home.   Included in those scoring runs are the respective two Champions League fixtures already played this season.

When we talk about Liverpool enjoying more space than usual against Milan the biggest beneficiary to that will probably be Mo Salah. Salah is in insane form this season and in the Champions League alone boasts six goals from five games including having netted in the reverse of this fixture. With all that considered Salah, who is widely considered the best player in the world right now, is a sound bet for scoring anytime; the biggest threat to that is if he's rested knowing too spot is sewn up already.

All the stats & odds for AC Milan vs Liverpool

Liverpool have won this tournament six times and many have them amongst the favourites to lift the trophy again in 2021/22. You can see why as well because with the form of Mo Salah, they'll always have a chance of winning games – no matter the opposition. AC Milan are another with an enormous history in the competition but their powers have waned somewhat over the years; the fact that a 40-year-old Zlatan Ibrahimovic is one of their best players is proof of that. They could take second spot and move to the knockout round with a win here but, in honesty, they'd be better off dropping into the Europa where they might go deep.

The final word on AC Milan vs Liverpool 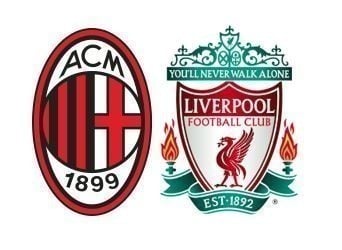