AC Milan sit 7pts and three places above Juventus in the Serie A table but we're expecting a tight, tense and competitive 90-minutes between the pair in what is the game of the weekend in Italy.

We're backing both teams to score as that has been the result in four of the last six league meetings between these two old rivals. Not only that, but four of AC Milan's and four of Juve's last six outings in all competitions have also ended with both teams getting on the scoreboard, so you can see why we're not expecting either side to keep a clean sheet on Sunday.

In terms of a final scoreline, we're going with a 1-1 draw this weekend. The last meeting between these two sides in September ended in a 1-1 draw and three of their last six head-to-heads in all competitions have ended in stalemates. AC Milan have dropped points in two of their last three homes games in Serie A, while Juve have only lost one of their last five games on the road.

Juve are improving but AC Milan have the home advantage

AC Milan were left stunned in their home game against Spezia on Monday night. A goal from Rafael Leao put AC Milan 1-0 up on the stroke of half-time but lowly Spezia equalised in the 64th-minute through Agudelo and then went on to win the game deep into stoppage time to silence the San Siro faithful. That disappointing result means that AC Milan's local and title rivals Inter have the chance to win their game in hand and move 5pts clear at the top of the table.

Juventus progressed through to the next round of the Coppa Italia in style, thrashing Sampdoria 4-1 at the Allianz Stadium. Goals from Cuadrado, Rugani, Dybala and Morate penalty kept Juve's defence of the Coppa Italia alive, and how important winning that trophy could be after what has been a poor season so far. Juve have been improving of late but still sit outside the Champions League places and have played one game more than the team above them, Atalanta.

Juventus: Marco Da, Bonucci and Chiesa could miss the trip to Milan through injury. 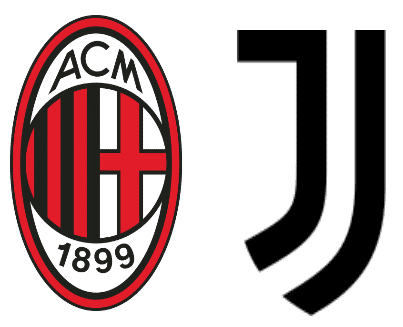