The second leg of the Italian Cup is upon us and we will see another Derby della Madonnina on Tuesday. So, let's take a closer look at the game and our free betting tips for it.

If you are not sure what is the right bet for Inter Milan vs AC Milan, check our top betting predictions for this duel right here:

The first leg of the Coppa Italia semi-finals between the two teams from Milan ended without any goals, so the second leg will decide who gets to play in the final.

We expect to see another close match between these two ancient rivals and we can see the second leg also ending without a winner, although we can see AC Milan progressing on away goals.

Both teams have scored in three of the previous five derbies between Inter and AC Milan and we can see that being the case once again on Tuesday.

After all, both teams scored in 53% of all Inter Milan matches in Serie A this season, while the same thing happened in 52% of all AC Milan games in the league.

Inter Milan vs AC Milan: Check out the best odds and the latest stats

Inter Milan vs AC Milan: Check out the team lineups

Derby della Madonnina is always an exciting event in Italy. So, let's take a closer look at the teams ahead of their next meeting:

The defending champions of Italy are still in the race to win another Serie A title since they are currently in the second place, two points behind their city rivals and upcoming opponent in Coppa Italia, with one game behind them as well. Inter Milan has four wins and two draws in their last six games in the league, so they are in good form ahead of this duel.

Meanwhile, Inter Milan has no injurd players , which gives a lot of room to Simeone Inzaghi to choose the best eleven for this important game.

Just like their upcoming opponent, AC Milan has four wins and two draws in the last six games in Serie A and they are currently two points ahead of Inter in the title race, although they also played one game more than their city rivals. In any case, AC Milan has a great chance of winning a double after years of mediocracy.

However, AC Milan will once again be without Simon Kjaer, Zlatan Ibrahimovic, and Alessio Romagnoli, while Davide Calabria is questionable for this game. 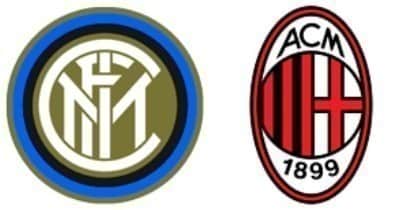