AC Milan top the Serie A table by 2pts but their local rivals, Inter Milan, have a game in hand, so there is no room for any slip-ups this weekend. Mid-table Empoli provide the opposition this weekend but the visitors are in the midst of a poor run of form and look set to struggle at the San Siro.

We're not expecting this game to be packed with goals and could see just one or two being scored during the 90-minutes. Under 2.5 goals have been scored in four of AC Milan's and four of Empoli's last five outings in all competitions, so you can see why we're predicting another low-scoring affair on Saturday.

All you need to know about AC Milan vs Empoli

Last time out AC Milan faced a tough 90-minutes away at Napoli where the pair went in at the break goalless. However, early in the second half, Giroud forced the ball home to hand AC Milan a precious lead with what turned out to be the only goal of the game. AC Milan remain top of the table but their position is certainly under threat as Inter Milan still have a game in hand and only sit 2pts behind them.

Emploi made the trip to Genoa last time out where the two sides played out a goalless draw that will not live long in the memory. That result leaves Empoli sitting 13th in the Serie A table and while this season has been positive for the most part, the visitor's recent run of form is concerning.

AC Milan: Giroud, Romagnoli and Ibrahimovic could miss out this weekend due to injury.

Empoli: Ardian Ismajli is suspended, while Marchizza and Haas look set to miss out through injury. 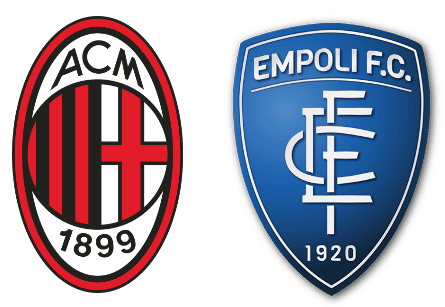