AC Milan were blown away by an impressive Chelsea team in the first group meeting between the two teams. Now, Chelsea have been able to build on this victory with an impressive 3-0 success over Wolves.

Chelsea did stutter in the first two games of the Potter era with the team getting a draw and a narrow victory in the first two matches under the forward. Meanwhile, the form has been completely replaced and Chelsea are a team to fear at this moment. Milan may have not been enjoying everything their own way in recent weeks and a lengthy injury problem is likely to worsen the situation. This game may go in favour of a win for Chelsea.

The first match between the two teams last week was able to witness over 2.5 goals. The higher concentration of offensive players in the starting lineup of both teams make this as a game which can easily witness more than 2.5 goals.

Best Champions League Stats ahead of AC Milan vs Chelsea

AC Milan manager Stefano Pioli is worried about the lack of options he has in the squad. As a result, the hosts have they hands tied down and the upcoming game could further increase the pressure on the home team to get a positive result.

Chelsea boss Graham Potter’s era at the club is finally starting to take shape and the team has picked up three consecutive victories. Crucially, the wins over AC Milan and Wolves were a statement of intent from the Blues, who have played extremely well in these two games.

AC Milan: Stefano Pioli has his hands tied by a long list of injury problems in the squad. There are a whopping seven players on the treatment table including Mike Maignan, Alessandro Florenzi, Zlatan Ibrahimovic, Junior Messias, Simon Kjaer, Davide Calabria, and Alexis Saelemaekers.

Chelsea: Wesley Fofana is the latest addition to the treatment table after sustaining an injury in the recent win over Wolves, while N'Golo Kanté will be missing because of recurring injuries once again.

Questions about AC Milan vs Chelsea 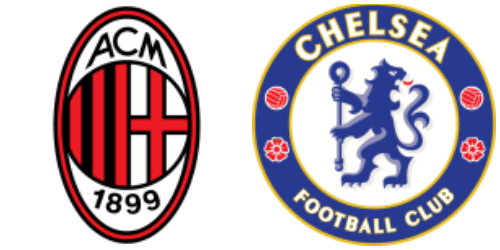 Where is the match scheduled? Stadio Giuseppe Meazza

Which team is the favourite to win? AC Milan