AC Milan top the Serie A by 3pts heading into the latest round of fixtures and will be hoping to see that gap increase as the four teams behind them all play one another this weekend. Bologna aren't expected to put up much of a fight against their hosts as they have little left to play for this season and a poor record against AC Milan.

There is a good chance that we won't see many goals in Monday's clash judging by both teams' recent results of late. Under 2.5 goals have been scored in each of AC Milan's last five outings in league and cup while each of Bologna's last four fixtures have witnessed fewer than three goals scored, so you can see just why we're predicting a low-scoring 90-minutes this weekend.

AC Milan made the trip to struggling Cagliari before the international break and while it wasn't their finest performance, the visitors did manage to secure all 3pts at the end of the day. The first half ended goalless as Cagliari dug in and defended manfully but a minute before the hour mark, Bennacer fired the ball home to hand AC Milan the lead and eventually, all 3pts.

Bologna had the home advantage against Atalanta last time out but ended up losing the game to a late goal from Cisse. The visitors clearly wanted the points more as they are battling for a spot in the Champions League, while Bologna look like they will finish safely in mid-table.

AC Milan: Tiemoué Bakayoko is the main injury concern for the home side this weekend.

Bologna: De Silvestri, Mbaye, Michael and Dominguez could all miss the trip to the San Siro due to injury. 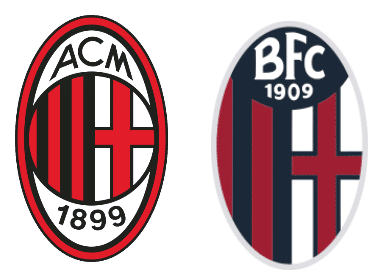