Americans playing soccer in Europe. 15-20 years ago, this seemed like an impossible task but nowadays it’s becoming a common sight. Quite often these days you’ll find American soccer players in Europe and not just in the smaller and insignificant leagues. No. The world of soccer is constantly expanding and it was about time the US became a key part of that world. Of course, there’s still a lot to ask from the USMNT players abroad but the American players are undoubtedly becoming better and better with each passing day.

It all began in 1990 when the first American soccer player joined a major soccer team in Europe. His name is John Harkes and in 1990 he joined the ranks of the English team Sheffield Wednesday. He is the first of many Americans in the Premier League in the years to come but he was a pioneer. He paved the way so that players from the USMNT abroad are not an impossible task. 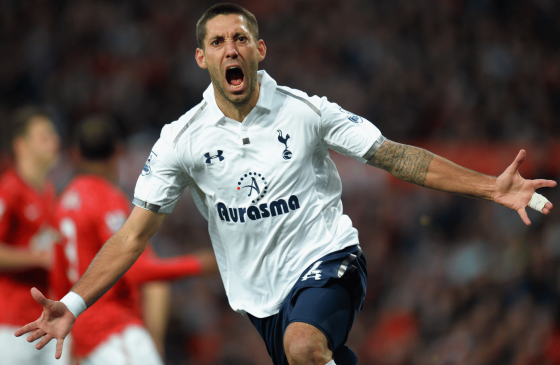 With the years passing by, American soccer players in Europe quickly became a thing, and there’s a big list of very important names that certainly left their mark in European soccer. Some of those names include the likes of:

Soccer wasn’t at all popular in the US 20-30 years ago but even the US audience couldn’t resist the beauty of the sport. Perhaps it all started in the 94’ World Cup that was held in the US? Maybe it was simply a need to be included in the world’s most popular sport? Or maybe it was the hard work and dedication that the legends from the list above had to endure? Whatever the answer is, soccer is now a key sport in the US and you can see that in one of Charlotte FC’s latest games. Charlotte FC is a newly-created team but still managed to set a new MLS single-game attendance record of 74,479 people.

That’s why an entirely new generation of American soccer players in Europe is now thriving and performing at levels that were before considered impossible. 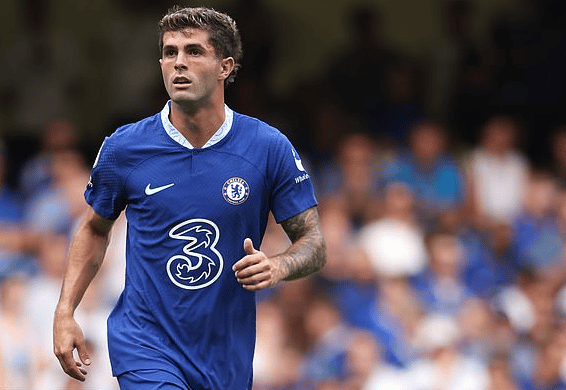 The 21st of August is a date that Chelsea fans would like to forget as quickly as possible. Chelsea lost with a 3:0 result in the away game against Leeds United and not one of the players did play well. You could make the case that Marc Cucurella is still new to the team and isn’t expected to be on his top game but that’s about it. Everyone else was dreadful that night. Chelsea’s number 10 and one of the top American soccer players in Europe Christian Pulisic wasn’t in the starting XI for his team but he did join the game in the 64th minute of the game. Conor Gallagher was the player to leave the field and Christian Pulisic tried his best to make an impact. He will be remembered in this game with a dangerous challenge in the 76th minute of the game when the tripped Pascal Struijk and was close to being booked. Christian Pulisic’s key moment in this game was probably the free kick that he earned. He was tackled dangerously by Tyler Adams and the referee rewarded Chelsea with a free kick that led to nothing. 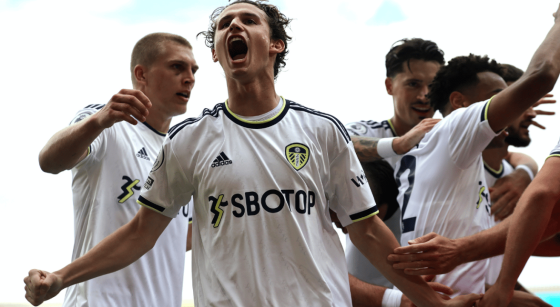 Leeds United ruined Chelsea’s plans on the 21st of August. The team was unrecognizable last season and was close to being relegated to the Championship and barely made it out alive but this season is something completely different. Leeds United defeated Chelsea with a 3:0 result and the performances of the players were particularly pleasing.

Brenden Aaronson is the USMNT abroad who probably performed the best this week in Europe. He scored the first goal against Chelsea in the 33rd minute of the game and his game was a joy to behold until he was subbed out for Mateusz Klich in the 83rd minute of the match. We expect to see him make an appearance in the next game as well.

Tyler Adams is also one of the USMNT players abroad and he also had a great game for Leeds United this week. The defensive midfielder remained on the pitch for the entire 90 minutes and was a key reason behind Leeds’ clean sheet. Tyler Adams managed to put Christian Pulisic in his pocket in the 90th minute when he tackled him and the referee appointed a free kick. He won a couple of tackles and blocked a few very important shots that helped his team earn a clean sheet. 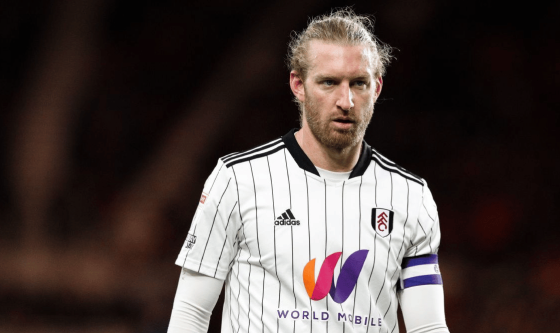 Fulham is one of the Premier League’s delightful surprises this season. The team has no losses after the first three games in the league. The last one was a 3:2 victory against Brentford and we have some USMNT players who performed particularly well. Tim Ream stayed on the pitch for the entire 90 minutes of the game and despite Brentford’s two goals, he played very nicely and managed to win some vital tackles. He had the difficult task to guard Brentford’s main man in attack Ivan Toney and he didn’t do too poorly. Ivan Toney didn’t get much possession of the ball and despite his goal, he played rather poorly in that game. Tim Ream made a very important clearance in the 76th,73rd, and 68th minute of the game and won a few air challenges against Ivan Toney.

Antonee Robinson is the other USMNT abroad player who performed well. He too stayed for the entire game and the 25-year-old left-back was certainly impressed. He didn’t give too many chances for Chelsea’s quick and creative wingers like Raheem Sterling and Kay Havertz. Antonee Robinson helped Tim Ream and made a few challenges against Ivan Toney that could be considered dangerous. 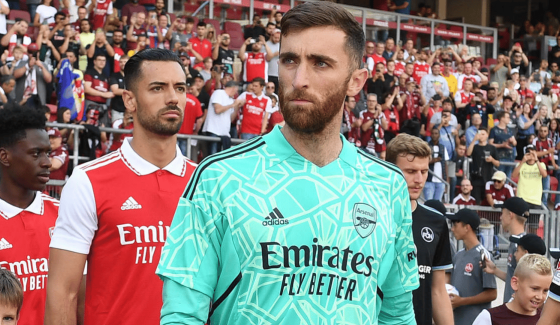 Arsenal’s winning streak continues and it’s Bournemouth who took the hits in the last Premier League fixture. Arsenal won with a 0:3 result away from home and the team is now three out of three in the league. Arsenal is at the top of the table and we can’t wait to see how well will Matt Turner perform for Arsenal.

He didn’t make an appearance in the game against Bournemouth in the last fixture. Matt Turner is considered a substitute for Aaron Ramsdale in Arsenal and we shouldn’t be too surprised that he didn’t get any minutes. He is one of those US players in Europe that will just have to wait for his chance and perform as well as possible in order to secure a place in coach Mikel Arteta’s starting XI. Aaron Ramsdale is performing very nicely recently so it’s quite a challenge for Matt Turner to win a starting position but we believe that he has what it takes to succeed in any club. 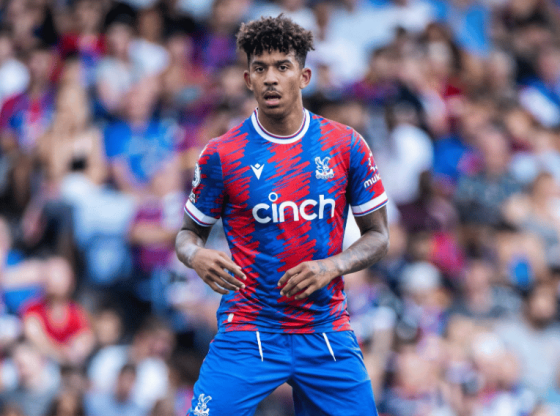 This was one hell of a night for Crystal Palace. The team managed to secure a massive victory against one of the main rivals this season Aston Villa. The game ended with a 3:1 victory and this was a breath of fresh air for the fans. The team is now in 9th place with one victory, one loss, and one draw in the first three Premier League games.

Chris Richards is an American soccer player in Crystal Palace and was a part of the game against Aston Villa. Sure, he wasn’t in coach Patrick Vieira’s starting XI and he didn’t make much of an impact on the game but we expect him to be included more and more in Crystal Palace’s future games. He was subbed in for Eberechi Eze in the 90th minute of the game and didn’t have time to show his best as the additional time was only three minutes. He made a few touches on the ball and that was about it for Christ Richards in this fixture. 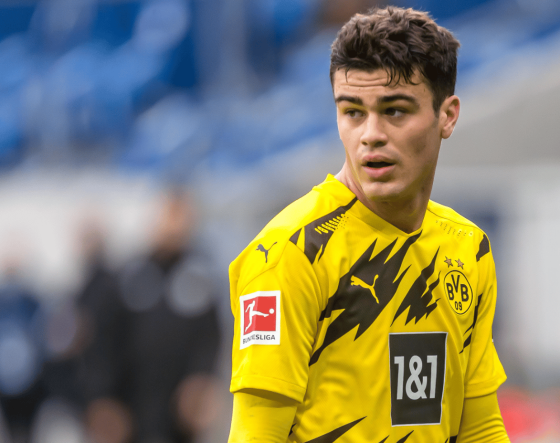 Giovanni Reyna is following in Christian Pulisic’s footsteps in Germany. He is one of those US players in Europe that is still making a name for himself but at the age of 19, we can only expect good things from him from now on. Borussia Dortmund surprisingly lost with a 2:3 result in the last fixture of the Bundesliga against Werder Bremen. Borussia Dortmund didn’t perform well at all and rightfully deserved to lose.

Gio Reyna wasn’t in the starting XI for his team but he did make an appearance. He was subbed in the 62nd minute of the game for Jamie Byone-Gittens who also didn’t have the best night of his life in this game. Gio Reyna’s night was forgettable but he did win an air challenge in the 88th minute of the game against Lee Buchanan and it seems that he is ready for more minutes in the next game. 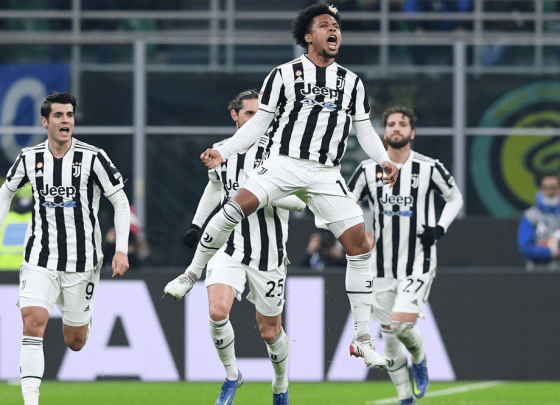 Juventus had to face disappointment on the 22nd of August in Serie A. The team recorded a goalless draw against a team that was considered an underdog in this fight. Sampdoria managed to defy Juventus and the 0:0 draw is probably a fair result, to be honest.

Weston McKennie did not have a great night. He’s one of those American soccer players in Europe that you’d expect much of but, sadly, he didn’t deliver this time. He was trying to form a good connection with Dusan Vlahovic but none of his crosses into the penalty area led to something dangerous for Sampdoria’s goalkeeper. It was a very forgettable night for Weston McKennie and the USMNT international will be looking to improve in the next fixture. He was substituted in the 62nd minute of the game for Fabio Miretti. Weston McKennie is a firm starter for Juventus so we believe he will be looking to forget about the Sampdoria game as quickly as possible. We expect him to be in the starting XI for the game against Roma in a couple of days too. 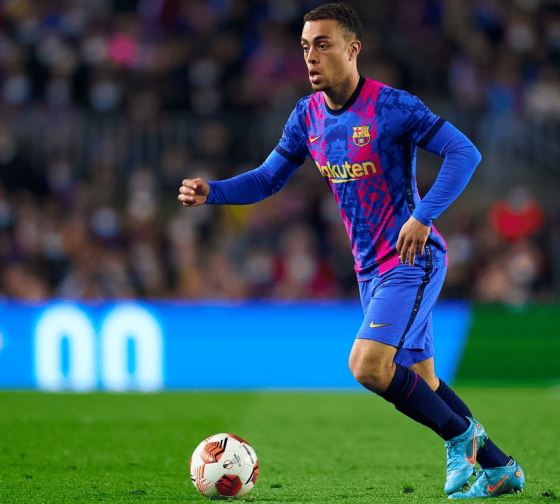 When we talk about American soccer players in Europe this week, we have to mention Sergiño Dest. Not that he did well, he didn’t even play in the game. Barcelona won with a 1:4 result against a very difficult opponent – Real Sociedad.

But sadly, Sergiño Dest didn’t make an appearance in that game or the 0:0 draw against Rayo Vallecano before that. The young right-back and one of the best USMNT players abroad are fit and ready for battle but the transfer speculations appear to be true. He’s not part of coach Xavi Hernandez’s plans for the future of Barcelona and will probably be sold to another team very soon. Barcelona has some very serious financial issues to deal with and Sergiño Dest’s transfer could really help the team recover from the financial hits they’ve had recently. The last time Sergiño Dest played for Barcelona was in the Joan Gamper trophy game against Pumas UNAM which was won with a 6:0 result for Barcelona. The end of the transfer window is drawing near and we will find out sooner rather than later if Sergiño Dest has a future in Barcelona or not. Perhaps we will know the answer to this question by the end of next week. We’ll just have to wait and see if he’s going to continue being amongst the USMNT players abroad. 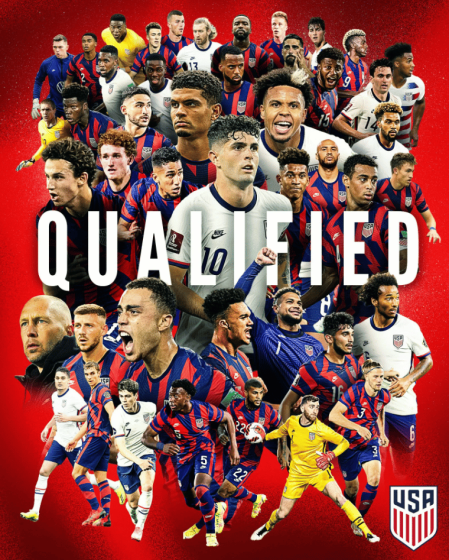 How to Bet on 2023 World Cup Explained: USMNT Betting Guide 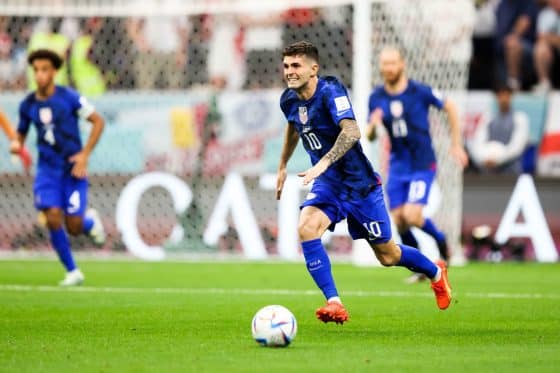 World Cup 2023 USMNT Predictions: Round of 16 Odds and Preview 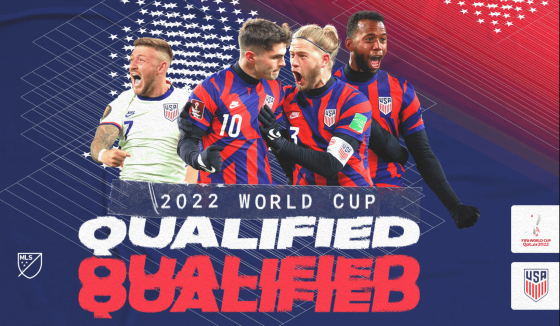 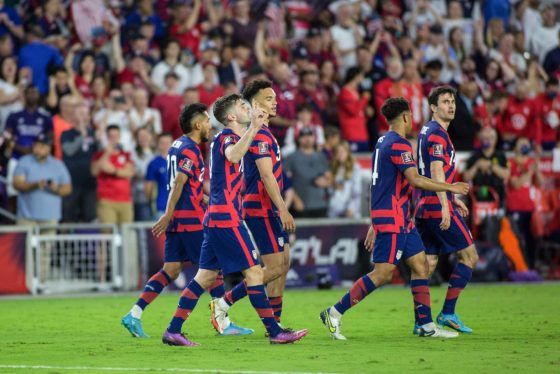 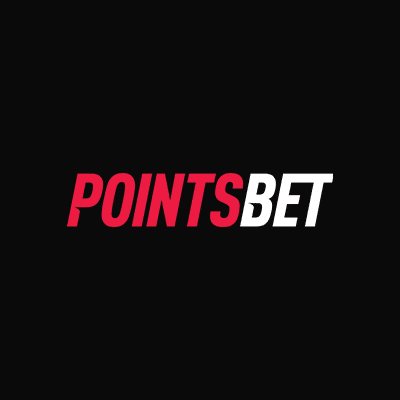