This Thursday the fans will witness another heated derby with Mexico and Ecuador going at it against each other with hopes for victory.

Mexico vs Ecuador: Top Predictions and Betting Lines for Thursday

If you need help finding the best bets for Mexico vs Ecuador you have arrived at the right place. For more expert International Friendlies picks, please visit our dedicated page.

Proceed with caution when making your bet! The odds may not be the same as you see them in our article. The recommended bookmaker for the game is BetMGM.

The last 10 games between the two teams ended in total dominance by Mexico – 6 victories, 2 ties, and 2 losses. In many of these games, the result was accompanied by a very solid performance from the El Tri. The tendency is such that Mexico will most likely put on a show for the fans this Thursday as well. Furthermore, the last 10 games Mexico played against other teams were also impressive – 7 wins, 2 ties, and 1 loss. Meanwhile, Ecuador hasn’t been that good – 3 wins, 5 ties, and 2 losses. It is unlikely that Ecuador will manage to bag a victory against Mexico of all teams.

However, Ecuador is a team that enjoys attacking football and doesn’t care about who is the opponent. In the last 10 times, Mexico and Ecuador faced each other, 8 games had goals by both sides. Which is 80 % and 80 % is a very good argument for any betting person. It is a clash with a lot of history and that isn’t something to be ignored. Meanwhile, Mexico managed to score against almost all of the teams they played against in their last 10 games – 9 games.

Speaking of percentages – in 70 % of the last 10 games between these two teams we’ve seen at least 3 goals being scored. There were even games with 4,5 and 6 goals in total. Both teams tend to play an aggressive attacking football when it comes to facing each other and this is something we will most likely see again on Thursday. Mexico’s last 10 games provided enough evidence that an Over 2.5 Goals bet in one of their games is a solid pick – 4 of the last 10 games ended in Over 2.5 Goals and a few more had 2 goals.

Head-to-head data for the Mexico vs Ecuador game

And here we have the key head-to-head statistics and odds for Mexico vs Ecuador match:

A heated clash with a lot of history

There will be no surprises between these two on Thursday. They played plenty of times, they know the opponent’s strengths and weaknesses. They will approach this game with the same aggressive and attacking mentality they always have been. There are no major injuries ahead of this game and both Gerardo Martino and Gustavo Alfaro will be able to use their squads to their full potential. Furthermore, the fact that this is only a friendly will shake any tension off the players and they will be able to provide a very fluid and unburdened by expectations performance. Many times in the past, Ecuador lost this derby, but will they manage to secure a win this time? According to our football experts, this will not be the case and Mexico will secure a 2:1 victory. 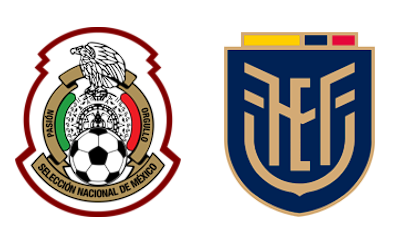 Common questions for the Mexico vs Ecuador game: