MLS is the most popular and prominent league competition in the United States and Canada for men’s soccer. Its inception can be traced back to the year 1993 with the goal of one day becoming among the top soccer leagues in the world. It held its first season in 1996 following the move by the United States Soccer Federation to establish a Division 1 team of professional players to participate in the 1994 World cup. The first league was composed of ten participants, which implies that there were eighteen games for each team for the season to complete. The first years of the championship were marred with challenges such as financial problems, policy formulation as well as lack of attendance. The challenges led to the dissolution of some teams and eventual $250 million debt for the league. All these struggles continued up to the year 2002 when the U.S. national soccer team qualified for the World Cup quarterfinals that MLS underwent major structural adjustment and became successful.

New look MLS Apart from the question of how many MLS games in a season, the mid-2000s saw a lot of restructuring within the MLS format as well as policy. For instance, it adopted the rules and regulations of the International Football Association which are recognised across the globe. New soccer-specific home stadia were constructed around this time for individual clubs to enable MLS to be independent in its operations and programs. The league expanded during this period and more teams were incorporated into the tournaments. Legendary players such as Tim Howard found the opportunity to join the European teams hence acting as MLS ambassadors abroad. Similarly, renowned talented players such as David Beckham also joined the MLS. The league gained a lot of prominence within the continent and across the world leading to greater access to credit facilities hence the eventual expansion of the league. This has been the reason behind the continuous success stories and profitability of the league. 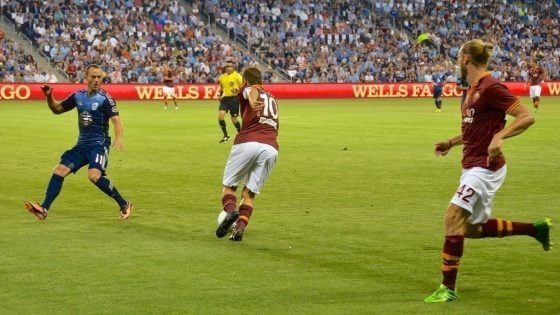 MLS format consists of two conferences-the Western Conference and the Eastern conference with teams that are given equal opportunities to participate in the competition. The Eastern Conference is made up of 14 teams while the Western Conference is made up of 12 teams. If the league achieves its strategic goals of expansion, the MLS format is bound to change as there will be 30 teams in the league. The MLS format takes two different patterns since the conferences have different numbers of teams. Each team endures seventeen away games and entertains their fans with an equal number of home games in a single season. The 14 Eastern Conference teams play six regional oppositions from the Eastern division and face the remaining seven teams twice in a regular season.

MLS Teams One question which people often ask is, “How many MLS teams are there in the competition?” This question can be answered not just by stating the number of teams in the league but by the exposure that the American football market has received as well. The league is divided into two conferences, that is, the Western Conference which has 13 teams and the Eastern conference which is graced with 14 teams. This makes the total number of teams in the MLS to be 27 as at October 2021. The MLS format can be explained in terms of the 24 teams found in the U.S. and the three teams originating from Canada. The head-quarter of the league is based in New York in the United States. Each team in the league is allowed to have up to 30 players in its roster where a team list for a particular game has up to eighteen players who are eligible to participate.

A number of games in a season Every team in America that participates in the MLS must be aware of how many games are there in the MLS in a season. The question of how long are MLS games are played in a season is also important. The regular season for the MLS commences in early March and concludes business in early October. This has often been a problem as it clashes with other mega-events such as the summer tournaments. As opposed to the European championships, the MLS culminates into a playoff when the season ends in order to determine the league winners. Every team is expected to play two games against each team in its conference and a single game against all but four or five teams in the opposite conference. This had been the order safe for 2020 when teams were not able to play against every other team in the league. This regular season is followed by a knockout championship to identify the team which is crowned the league winner.

This league differs from the other prominent leagues where the team with the highest number of points at the end of the season is awarded the cup as it awards a championship via a postseason competition. Here, the regular-season winner is awarded the Supporters’ Shield. In case the winner is a U.S.-based team, it gets a direct entry to the CONCACAF tournament-a competition for the U.S. teams.

The league uses tie-breakers as follows. Points are given the primary focus followed by total wins. The tie-breakers then go for the goal difference then follows through with the total goals scored. In case the teams are still tied, the disciplinary points are brought under scrutiny then it goes for the away goal differential before the away goals scored are checked. Home goals differentials are checked then the final field factor used is the home goals scored. In case the teams are not possible to be set apart using the events from the field, it is the responsibility of the office to use coins to break the ties. 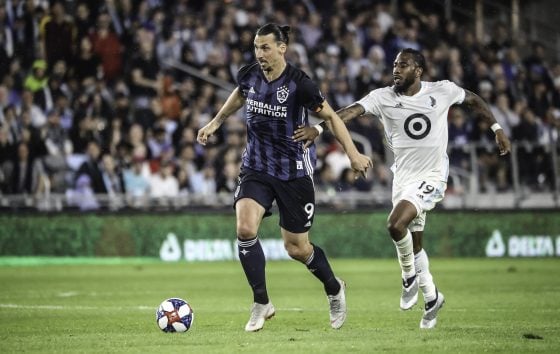 Game Time Length in New MLS Playoff Format As the custom is other leagues, the question of how long are MLS games is answered in accordance with the FIFA provisions for adult male soccer games. It is expected that MLS games to last 90minutes made up of two halves. Each of the two halves takes 45 minutes and is separated by 15 minutes-break for the players to rejuvenate and for their managers to pass vital information to boost their performance. Based on the occurrences during each half, the match-day officials are allowed to add stoppage time for each half. The team that outscores the other during a particular is awarded three points. In case the teams score an equal number of goals during a particular match, they are awarded 1 point each.

MLS Playoffs Format Initially, the MLS playoffs brought together ten teams from the Eastern Conference and eight teams from the Western Conference. The teams were selected from those that finished between the second and the eleventh positions in the Eastern Conference and those that finished between second and the ones that finished between the second position and ninth position in the Western Conference. The higher seeded teams were given the opportunity to host the games. These teams were playing in two different brackets. The teams participated in single-match elimination games. In case there were no winners, the teams were allowed a 15-minutes pair of rounds to settle their scores.in case there was no winner after the 15-minutes tussle; the teams were to take on each other on penalty shootouts to decide the winners. The format allowed the semi-finals to be played through a home and away style with points and goal differences used to decide the winners. The same procedure was used for the final games.

However, the organization has come up with a new format that guarantees equal opportunities for the teams across all geographical locations. The new MLS playoffs format now brings together 14 teams that are selected uniformly from both conferences. That is, there are seven teams from each of the conferences. Under the new format, teams that finished the regular league season between the first and the seventh-place will be given the opportunity to fight for the coveted prize through an elimination bracket. Each team plays the first round and sets up the stage for the semi-finals. Teams that qualify are set to battle it out for the cup finals that come later.