When people think of great sporting coaches in the US, they tend to think of coaches for baseball, basketball, football, and others too. It’s pretty rare that they would jump to soccer coaches, but let us tell you now, the best US soccer coaches have some serious records to shout about. As you’ve probably guessed already, we will be focusing on the very best coaches there has ever been here, rather than focussing on who is killing it right now.

We’ve produced this list based on their records, team impacts, and the general changes they managed to achieve at their respective clubs when these records were made. Some of the statistics here really are quite surprising, so let’s get right to it.

Who are the best US soccer coaches of all time? Our top five

As promised, we shall be providing a rundown of these coaches and their accolades right now – starting with arguably the best of all time: 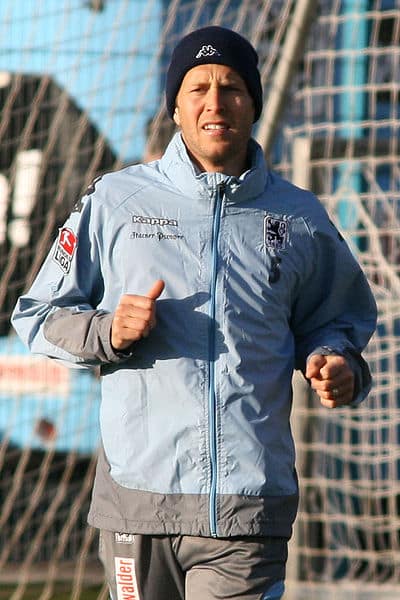 We had to kick things off with Gregg Berhalter, for two reasons. First of all, Berhalter took over in 2018 from the legendary Bruce Arena, which left him with some pretty big boots to fill. Most managers would struggle to live up to the reputation that Arena had left the team with, but not Berhalter – he has taken the team to new levels since taking over the US national team. Secondly, as things stand, Berhalter has coached the team for 33 games and he has managed to secure a win in 24 of them. This gives him an overall winning percentage of 77.27%, which puts him right at the top of the leaderboard for the best US soccer coaches ever – at least in this category.

Since Berhalter is still going strong too, we have a feeling that he will carry on working with the team successfully, and who knows what accolades might be on the horizon for him and the US team?

While Barhalter might hold the record for the best winning percentage, which could well change since he’s still in the job, Bruce Arena ranks as the best in many other important categories. Many actually view Arena as one of the best US soccer coaches of all time given how many matches he actually guided the team through, and that’s just the tip of the iceberg. Arena coached the team for 148 games, which is the most of all time by quite some distance. He also racked up 81 wins while in charge of the squad, also the most of all time. And since he was in charge of the team for so many games, technically speaking, he is the manager who has managed to get the team to hit the back of the net more than any other manager – 243 times if you want to be precise!

Of course, it comes with the territory that if you are in the job longer, these are the kinds of statistics that will look better on paper. But either way, Arena really is one of the best there has ever been for the US. And if we were to split hairs between the first two guys here, Arena did have the best performance in any World Cup with the US, when he took them to the quarter-finals in 2002.

While the first two coaches have both been Americans, here we have a German. For us, Klinsmann has one of the best all-round records with the US national team. He doesn’t actually top the record books in any category, but he is ranked highly in many of them, hence the all-around favorable view of his coaching success. Klinsmann managed the squad from 2011 to 2016 and has coached them in 98 games, this puts him as the second of all time for this category. He is also second all-time regarding wins, with 55 wins to his name while in charge. Finally, he is placed in 6th position in terms of his winning percentage, at 64.29%.

Then again, since three of the guys inside the top six coached 3 games or less, this statistic doesn’t accurately reflect his success as a manager. For us, he’s clearly one of the best US soccer coaches there has ever been. 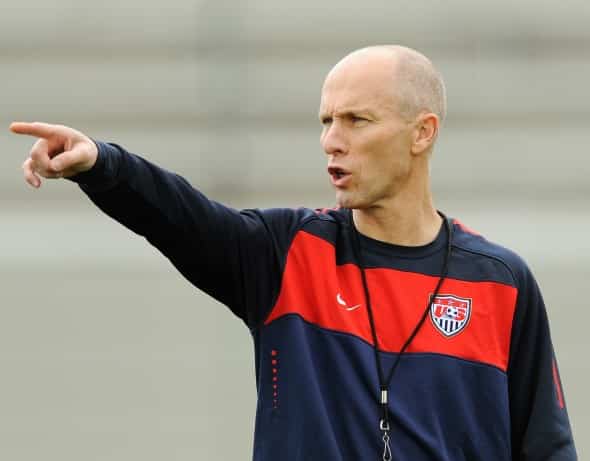 Bradley is fourth on the all-time list for the number of games in charge of the US national team, with 80 registered games to his name. These took place from 2006-2011, at a time where the US was still an up-and-coming soccer nation. And given that he didn’t have such a great group of players to work with compared to some of the other coaches here, the fact that he is third all-time for wins with 43 is nothing short of remarkable. These statistics combined show you that Bradley deserves his spot as one of the best US soccer coaches to have lived, even if like Klinsmann above, he doesn’t top the list in any particular category.

Finally, Steve Sampson is a guy that deserves recognition as one of the best US soccer coaches to have performed in semi-recent times. Sampson coached the US national squad during the mid to late 1990s, and while his reign in charge lasted just three years, he certainly did a great job. In fact, of the three US coaches that managed more than 60 games, Sampson lost the fewest number of games out of all of them. He lost just 22 games in charge, which for us, is rather impressive indeed. He was definitely a great defensive coach, and even if he didn’t necessarily achieve huge things with the US national squad, many would say that he laid the foundations for the advancements in US soccer we see today.