In the game of soccer, there is some serious money involved in the top leagues. Sure, leagues like the Premier League, La Liga, and other European leagues might have the largest chunk of this money, but the MLS is still a respectable league. And as it happens, many people want to know the real answer to the question – how much do MLS players make? There isn’t one exact answer to the question, but we can identify various factors that impact it, as well as look into which players make the most cash right now.

It really is quite fascinating, and discovering the answers will help you to understand the real financial rewards of being an MLS player. So, let’s get started, shall we?

As we’ve stated above, there are numerous factors that can directly impact how much an MLS player makes. While you may have an idea of what these factors might be, we will only highlight the most impactful of them all. Some of these may surprise you too, so without further ado, let’s introduce the foundations to answering the burning question – how much do MLS players make.

This is probably the most obvious of them all, but we need to mention it nonetheless. When deciding on the salary of an MLS player, the quality and skill level of the player is pretty much the first thing that is taken into account. At the end of the day, these players are paid based on their abilities, and things have been this way in soccer for quite some time now. Think about it – an average midfielder just won’t be paid the same as a striker that has the potential to lead the league in goals scored.

Impact on the team

Something that many people forget is that professional soccer teams do actually operate as businesses, and as such, tough business decisions need to be made. And in any business transaction, the angle tends to be what you expect to get (Y) compared to what you need to payout to get such an outcome (X). When you bring in a big player to any MLS club, if it’s expected that this player could well bring home plenty of silverware, the club will be willing to pay more since the return on investment (in theory) should pay off. 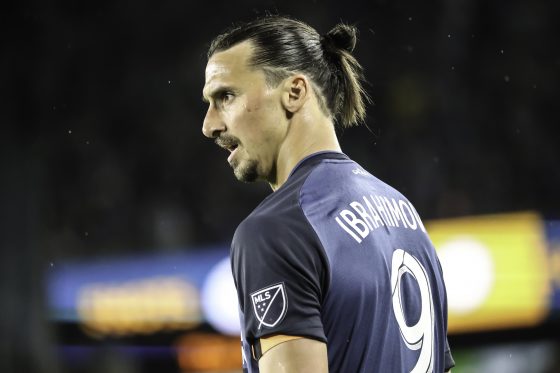 Every MLS season involves quite a number of games, and when assessing the pay for that player, the club needs to think about how often they might be on the pitch. After all, they can only have an impact on the game while they are physically on the field. It doesn’t matter how good the player is if they are going to be sitting, injured, in the training room for most of the season. This is a major consideration that clubs take when bringing in those players who might be in the twilight of their careers, as the older they are, the more injuries they are likely to have.

Revenue generation for the club

Remember what we said about business transactions? Well, this is where the potential return on investment plays a major part. Generally speaking, clubs will bring in a lot of revenue through the number of tickets they sell for seasons and games. To refer to the question once again, how much do MLS players make, this factor has a large impact. Some great examples in recent years would be the likes of Wayne Rooney and Zlatan Ibrahimovic coming to the MLS to play soccer.

Of course, these guys are huge superstars, so naturally, they will bring in the fans and subsequent revenue. When this is almost guaranteed, it’s natural to expect that they’d be paid more.

The club they play for

Clubs can only pay what’s reasonable compared with the cash they have at their disposal. Why do you think clubs like Manchester City are able to pay players such extortionate salaries? The investment that clubs get from outside sources, combined with the revenue generation they are able to achieve through ongoing activities has a huge impact on what the players get paid. Currently, clubs like Toronto FC and Inter Miami have some of the largest expenses for player salaries, whereas clubs like Austin FC and Philadelphia Union have the lowest.

By now, you’ve gained an understanding of the money involved in the MLS, and what impacts players\' individual pay. But still, the question of how much do MLS players make needs to be answered with real figures. Well, here they are:

According to recent reports, Carlos Vela is paid an annual salary of .3 million per year. This puts him at number one on the list of the highest paid players. The Mexican veteran currently plays for Los Angeles FC, and amazingly, his salary takes up more than 40% of the annual expenditures for player salaries.

Hernandez is a superstar, there is no denying that. And since he’s a superstar, you’d expect him to receive superstar money – which he most certainly does. He is one of the very best strikers in the league, and he plays for LA Galaxy. Recent figures published reveal that he is paid a salary of million per year. But since he is a prolific striker, we’d imagine he receives performance bonuses too.

Finally, we have another veteran with Higuain. He has played for some of the biggest clubs in the world, including Real Madrid, Juventus, Napoli, and now, he plays for Inter Miami. Higuain is a striker, and his talent on the pitch speaks for itself really. As for his compensation for being one of the best strikers in the league, according to recent reports, he pulls in just shy of .8 million each year.