Captain America is a popular name in comic film characters produced by Marvel. Over the years, the term has become engraved in many minds as the superhero that wagers war and emerges victorious no matter the odds. In sports, we only know of a skipper on a soccer team. Since making his debut in the English Premier League, 22-year-old Chelsea forward, Christian Pulisic, has earned the ‘Captain America’ tag. But why, one may ask?

Let’s admit it. Pulisic is a player destined for bigger things. Let’s find out in this post.

Who is Christian Pulisic?

Cristian Pulisic is an American international soccer player who plies his trade at Chelsea FC. Born and raised in Hershey, Pennsylvania, the 5.6 feet tall player is regarded as the next hero in American soccer history. Pulisic wears the number 10 jersey at Chelsea. He kicked off his soccer career with Borussia Dortmund where he played for the U19 as 16-year before joining the senior team.

Pulisic’s stint with the Borussia Dortmund team marked the beginning of his sterling football career. He helped BVB secure the 2017 DFB-Pokal trophy. Moreover, Christian Pulisic is often lauded for exceptional technical and creative abilities that make him an outstanding attacker and sometimes, a lethal winger. Not many players of his age have achieved so much, which is another reason why Pulisic is an icon among those who love the beautiful game.

Since joining Chelsea in £57.6/ $73/€64 million deal, Pulisic’s form has only got even better. The player’s exceptional ability at the front became manifest during the 2021 UEFA Champions League tournament.

In the UCL finals, Pulisic came on at the 66th minute to help Chelsea FC hold onto the 42nd minute 1-nil lead. The blues lifted the Champions League trophy after trouncing Pep Guardiola’s Manchester City 1-0 at full-time. Pulisic kicked off the 2020/21 PL season by scoring the second goal for Chelsea at the 40th minute-mark against Crystal Palace. However, it is the only premier league he has played since August.

Pulisic started off the World Cup Qualifiers for the USA on a high note. However, an injury against Honduras has condemned the 22-year old to treatment for an unspecified period.

Since joining Chelsea FC, Christian Pulisic has been instrumental in matches that matter and whenever called upon. He instantly became a regular starter under Chelsea’s new head coach, Thomas Tuchel, a privilege that not many young players get under the football manager known to be a perfectionist. Moreover, Pulisic has made 53 appearances for Chelsea, scoring an impressive 14 goals and assist 6 other goals. The player has only picked two yellow cards after nearly three years at Stamford Bridge. The stats show just how meticulous the American footballer is, especially in the tricky final third against top EPL defenders. 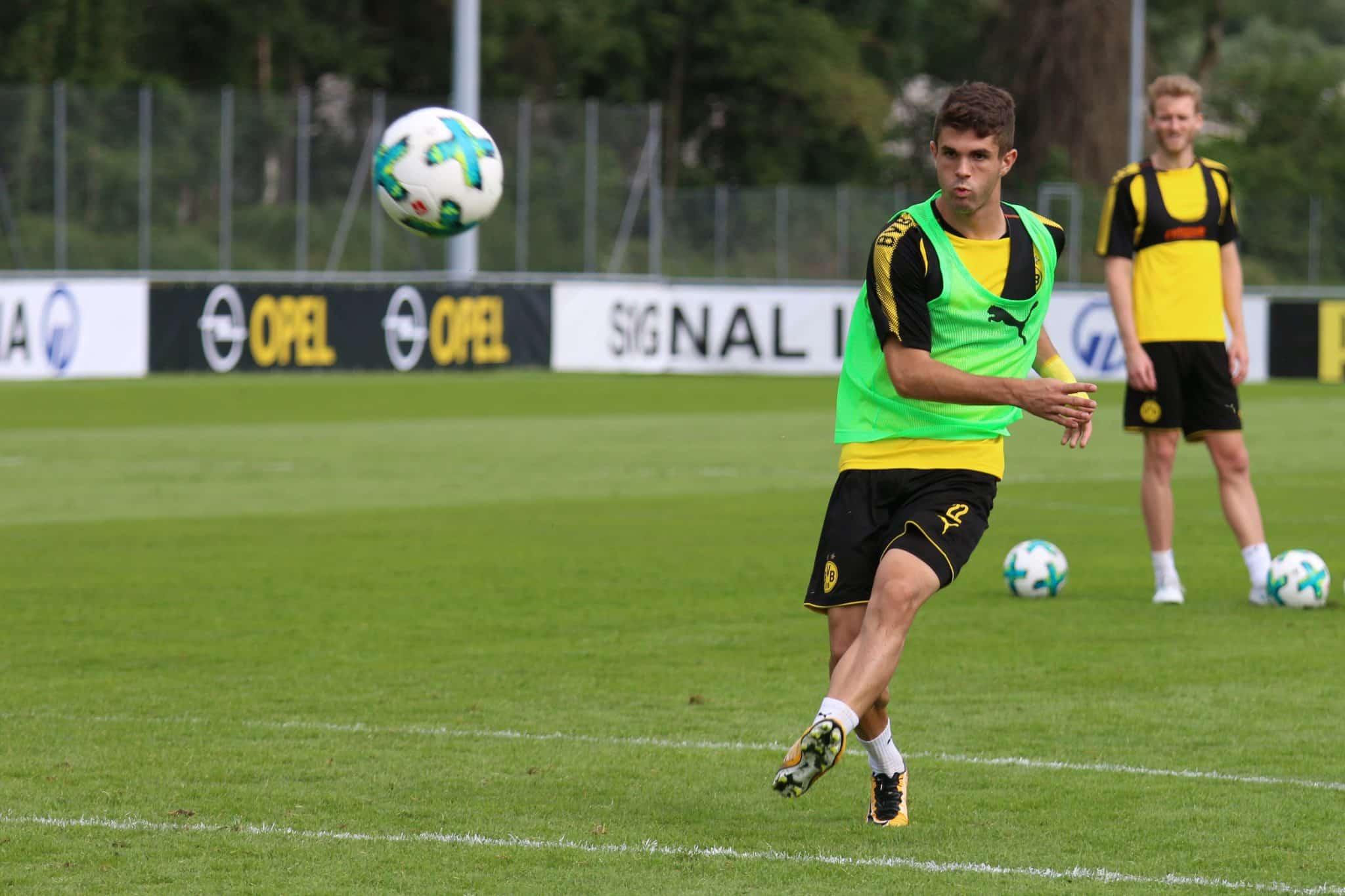 Pulisic may have not been the most expensive player in Chelsea history but raking the club £57.6 million was huge. He is the fifth most expensive Chelsea FC after Romelu Lukaku (£97.7 million), Kai Havertz (£72 million), Kepa Arrizabalga (£71 million), and Alvaro Morata (£60 million). Not many would have predicted that an American-born soccer player would have attracted such a huge buy-in. Pulisic transfer value has, however, plummeted slightly to an estimated £54 million because of the injury in the World Cup Qualifiers.

The player’s heroics do not end with Chelsea. Standing at 1.73 meters, the American-Croatian international continues to attract attention from top European clubs. Pulisic has had 38 caps for the USA since debuting for the national team on 30th March 2016. He has netted 16 times for the US National soccer team, a record that many pundits as outstanding, especially for a player of his age. He has 3 goals in six appearances in the CONCACAF Gold Cup. He had scored 7 goals in 15 FIFA World Cup qualifiers.

At the onset of his career, Pulisic played 9 matches for Borussia Dortmund in the 2015/16 season during which he scored 2 goals. He would later improve to 3 goals in 29 appearances in the 2016/17 season. In the 2017/18 and 2018/19 seasons with the German side, Pulisic netted four goals in each of the seasons and registered a total of 9 assists across the two seasons. For four seasons in Germany, Christian Pulisic only picked five yellow cards, one card in each season, except in the last one where he picked two yellows before moving to Chelsea. Moreover, the attacker/winger made 14 appearances for Dortmund U19 where he scored 7 goals and never picked a yellow or a red card.

Even though the player intimated to GQ that he doesn't enjoy Captain America's nickname, the youngster. At only 22 and has played a crucial part in winning the Champions League trophy for a highly-rated English team, Pulisic's star is only going to rise higher. Pulisic captained the US national soccer team against Canada on 6th September 2021, a role many argued, prepared him for similar roles as Captain America in a football sense.