Let's see what our betting experts think of upcoming Mexico vs Costa Rica fixture next week. Who will claim the points needed to qualify for the World Cup? Let's see below!

Now, we will go over our predictions and free picks for upcoming Mexico vs Costa Rica fixture next week. For more N/C America – World Cup Qualifier predictions and lines, you can head over to our website and view the latest articles.

Mexico has had more successful games against Costa Rica over the years, including four of the last five they played. Both teams’ recent form shows three wins and two losses out of the last five matches, but Mexico is five points ahead of Costa Rica in the rankings for this group.

Many of Costa Rica's recent matches ended with fewer than 2.5 total goals, including six of the nine qualifiers in total they played in this group. More than half of Mexico's games in the qualifiers have also ended with under 2.5 total goals. The cherry on top for us is that three of the last four matches between Mexico and Costa Rica ended the same way, too.

Information and Lineups Regarding Mexico vs Costa Rica

Here, you can read all about the latest lineups and injuries for both teams at this time.

Mexico will be playing with a full squad on Monday because they don't have any injured or suspended players from their roster.

Leonel Moreira and Keysher Fuller received suspensions through sports court last month and we don't know when or if they will be back.

Latest Scores and Team Form for Mexico vs Costa Rica

In this section, you can double-check the latest bookie odds and match stats for Mexico vs Costa Rica on Monday.

The match on Monday will most likely end in favor of Mexico because they would be wanting to recover from their two losses in a row out of the last three games they played. Also, Costa Rica should be an easy opponent because Mexico hasn't let them score a win against them since 2013. We also expect a low-scoring outcome, like the past three matches between them. 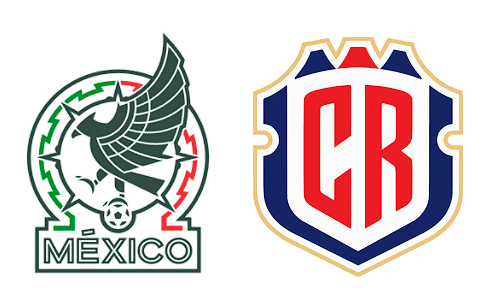