Hopefully, the Atlas players will be able to shake off the shock from the last game against Queretaro with the horrible incident involving the fans.

Juarez is one of the easiest opponents for Atlas. The recent horrific incident will put pressure on the away team and it will be very interesting to see how the game will go down. BetMGM has the best odds for the upcoming game! Double-check the ones we offer in this article with BetMGM!

Atlas has never lost a game against Juarez – four victories in four games. Furthermore, Atlas has never even allowed a goal against Juarez. All four games resulted in 2:0 or 1:0 results for Atlas. Atlas is currently in the 7th position in Liga MX while Juarez is 13th. Atlas was the 2nd best team in the Apertura while Juarez was 16th. Juarez doesn’t have a single victory in the last five league games.

Squad details for the Juarez vs Atlas game

Diego Rolan is injured and will miss the game for Juarez.

The absence of the key goal-scorer for Juarez is not going to make things any easier for the team. Dario Lezcano, Flavio Santos, and Fabio Castillo were disappointed in the attack as the team scored in only two of the last five league games. Gabriel Fernandez is the only decent-performing striker other than Diego Rolan and has three goals this season.

Aldo Rocha is Liga MX’s most aggressive player with twelve yellow cards and we expect him to show no mercy in defense against Juarez as well. Julian Quinones and Julio Furch are the leading goal-scorers this season with six goals each. Julio Furch is also the best assist provider with five assists this season.

Head-to-head information and odds for the upcoming match:

The head-to-head information for this clash looks great. Juarez never even scored a goal against Atlas. Ricardo Ferretti is the most experienced coach in Liga MX and has a positive record against Atlas (eighteen wins, thirteen draws, and ten losses) but he just can’t seem to get the three points against Atlas. The away team has chances for one of the top positions in the league and we believe that a victory is what Diego Cocca is going to ask from his boys. 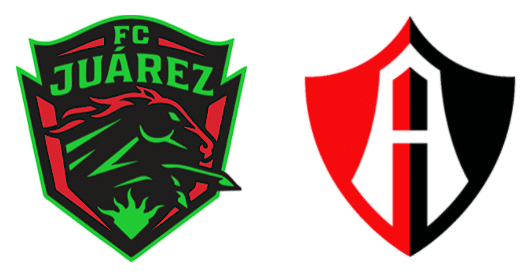 Major Q&As for the game: