We have a complete stalemate between these two teams if the head-to-heads are any indication. In the 25 games that have been played, we have 10 wins for Guadalajara, nine for Monterrey, and six draws.

Guadalajara vs Monterrey: Predictions and Betting Lines For This Postponed Game

Guadalajara has been performing better in the most recent head-to-heads and will enjoy the home-field advantage but the injury and suspension issues will be a big hit for the team.

The game between these two teams that was played on the 22nd of August resulted in a goalless draw. The last time that Guadalajara hosted this clash was a 3:1 victory but the result before that was also a Guadalajara home game and was a draw. Guadalajara has three draws in the last four Liga MX games and it is very likely that the game with Monterrey will also be a draw.

In the last 10 games between the two teams, we’ve seen eight that resulted in an exchange of goals between the two teams. We didn’t have an exchange of goals in the last game but Guadalajara and Monterrey had a great run of games (4) that were very productive in terms of goals. Guadalajara’s last game was a 1:1 draw and Monterrey won with a 2:1 result against Club America.

Squad News for Guadalajara and Monterrey

Big problems for the home team before the kick-off.

One of Guadalajara’s key defenders Luis Olivas is injured and will miss this game. The team captain and main defensive midfielder Jesus Molina has suffered a ruptured knee ligament and will also be unavailable for this clash. Miguel Ponce’s reckless tackle in the game against Atlas was the reason for his red card suspension and he will return in a couple of games.

Duvan Vergara’s absence is the only real issue for coach Victor Vucetich. The left-winger had a key role in Monterrey’s attacking movement this season but the cruciate ligament injury was a major hit for the team. 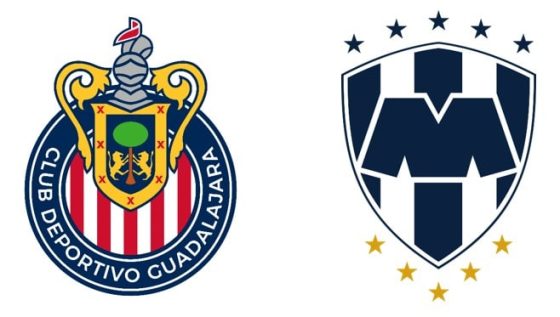 Odds & Stats for the Guadalajara vs Monterrey game

No winners at Estadio Akron

Monterrey is currently in the 8th position in the Clausura part of the season in Liga MX while Guadalajara is 14th. Monterrey has one game that has been postponed and should coach Victor Vucetich’s boys get the three points, Monterrey could find themselves in the 5th position. A draw away from home is going to be considered a success for Monterrey and it will probably be the most likely outcome.

The Most Important Questions For The Game: