A complete no-brainer for our soccer experts. Club America has simply been too good this season for us to ignore!

In the last 10 games between the two clubs, we saw 6 victories for Club America, 3 draws, and only 1 victory for Pachuca. Club America was at the top of the table during the opening part of the season while Pachuca was in the 15th position. Club America has 1 victory, 1 draw, and 2 losses in the last 4 games.

Lineup information for the Club America vs Pachuca game

Pedro Aquino is injured and will miss the game. Federico Vinas is suspended and will miss the game against Pachuca. As always, Guillermo Ochoa is expected to be the key player for the home side as he is still one of the best goalkeepers around. Diego Valdes Contreras is expected to perform well too as he is currently one of the best assist-providers in Liga MX.

There are no injuries or suspensions for Pachuca and coach Guillermo Almada will count on his best players. We are expecting Aviles Hurtado to perform poorly as he is one of the highest yellow card achieving players in Liga MX this season.

Find the best odds for the Club America vs Pachuca game

Those are the key head-to-head statistics and odds for the Club America vs Pachuca game:

Club America with another victory

Club America just barely scraped the victory against Santos Laguna with a narrow victory and coach Santiago Solari will search for 3 more points against Pachuca in an attempt to get higher up the ladder. We think that there is no room for mistakes for the home side and a 3:1 victory should be no surprise. 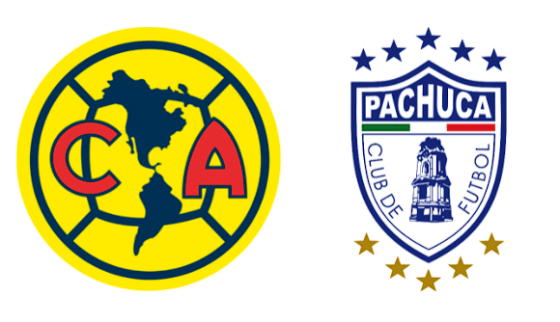