These are the top Houston Dynamo betting picks and predictions we came up with after reviewing the fixture in detail. If you want to see more MLS predictions, you can visit our website's latest content.

The list below contains the latest betting picks and betting lines for the Houston Dynamo vs Charlotte match on Monday. All odds are from BetMGM's platform and can get updated at any time after we post this, so make sure you check them out before wagering.

Latest Suspensions and Injuries for Houston Dynamo vs Charlotte

Houston Dynamo has no injured or suspended players right now, so they will be playing at 100% on Monday against Charlotte.

Let's go over the Houston Dynamo vs Charlotte match histories and recent scores. We also included the top odds from major bookmakers. Charlotte and Houston Dynamo haven't played together before.

Our final conclusion is that Houston Dynamo will beat Charlotte in their first head-to-head fixture together. We are also betting that there will be more than 2.5 total goals scored during the match, as there were in many of the recent matches each of the teams played. 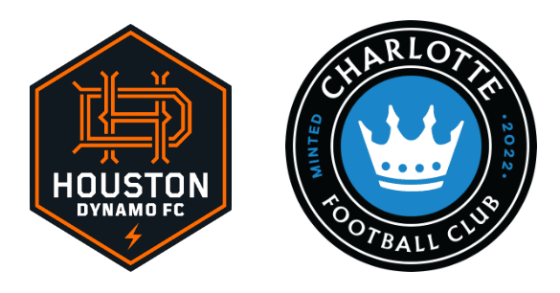