Santos Laguna – one of the few remaining undefeated Liga MX sides will host a game versus the ranked 17th Juarez in the 7th league round. This article will provide you with the best free betting tips available for the game.

Our team of experts analyzed the game and picked out the following free tips for you:

Always check with your bookmaker before placing your final bet. The odds are subject to change at all times. Our recommended bookmaker for this match is BetMGM.

Cruz Azul is one of the most consistent Liga MX sides, and this season is no different. Ranked 6th the hosts present a serious challenge to any team they play. Pachuca has also proven to be a tricky opponent so far, despite winning 2 and losing 3 games. Cruz Azul recently dismantled 4th placed Toluca with a 4-0 score setting a bid for the campaign. However, their biggest advantage in the current match-up is the head-to-head record which shows 4 Cruz Azul victories in their last 5 meetings. Furthermore, Pachuca has been unable to score versus this opponent for their last 4 games.

Despite the last thing we said about Pachuca's goal-scoring troubles vs Cruz Azul, we believe that their chances to score at this game are higher than usual. The guest side has played 3 games on the road this season, winning 1 and losing the other 2. They managed to find the net in each one of their away games. On the other hand, Cruz Azul has averaged 1 conceded goal per game playing at home throughout this campaign.

Pachuca is the highest-scoring team in the bottom half of the Liga MX table, and also has the best goal difference. The visiting side has scored 8 goals – as much as Cruz Azul, however, they've played 1 game less than their opponent. Head-to-head, their most recent 10 meetings average 2.6 goals scored.

Cruz Azul vs Pachuca: The latest stats and selection of the best odds

Check the available stats and the best odds for this game:

Can Pachuca finally break their negative record versus Cruz Azul?

The visitors were most recently victorious versus Cruz Azul in September of 2019. Since then, the match-up has had 5 new editions, in which Pachuca managed to score only a single goal, while Cruz Azul won 4 of those matches.

Despite this, the away side averages more scored goals in the current 2021/2022 Apertura. Both sides’ records seem quite similar, with Cruz Azul scoring 8 and conceding 5 in 6 games, while Pachuca scored 8, conceded 6, but it happened in 5 games. 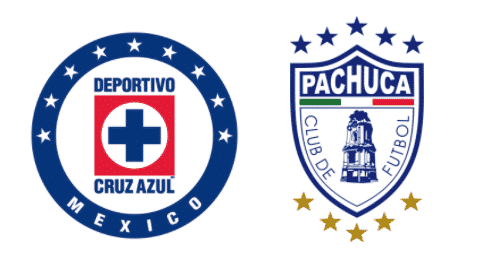