Let's check out the MLS odds and betting picks for the upcoming Orlando City vs Atlanta Utd match on the 31st of July.

These are the three betting picks we chose for the Orlando City vs Atlanta Utd fixture. If you want to see more MLS betting picks, then visit our site.

The betting lines you see above are from the bookmaker BetMGM and before finalizing your wager, you should double-check them because they might have been updated.

You can view all the top stats and head-to-head scores for the Saturday match between Orlando City and Atlanta Utd in the tables below.

Orlando City is lucky because they will have the upper hand with only one long-time injury that won't play on Saturday. Atlanta Utd on the other hand has three injured midfielders (Mohammed Adams, Emerson Hyndman, and Franco Ibarra) that won't play this weekend.

Also, Atlanta Utd will be missing four other players (Ezequiel Barco, George Bello,
Miles Robinson, and Brad Guzan) because they were selected to play for their national teams in the upcoming tournaments.

Even if it wasn't for the injured players, we think that Orlando City is in better form to win on Saturday. Also, we think there will be many goals scored and we expect both sides to participate in the goal-scoring. 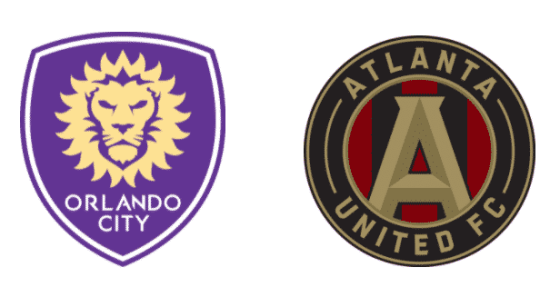 Essential Q&As for Orlando City vs Atlanta Utd on Saturday