In this article, we will check out the Olympic soccer match between Netherlands Women and USA Women. If you want to see more 2020 Tokyo Olympics odds, you can check out our site.

Top Betting Lines and Betting Picks for the Olympics Quarter-Final

Our betting experts reviewed the upcoming match between Netherlands Women and USA Women and these are the top three betting picks we came up with:

These betting lines are all from the bookmaker BetMGM and are subject to change, so you have to double-check them before placing a wager on any bookmaker platform.

50% of Netherlands Women's last ten games ended without both teams scoring goals. For USA Women, only two of the last ten matches ended with a BTTS situation. In the last three head-to-head matches, two of them ended with clean sheets.

In the tables below, you can see the top odds and statistics for the upcoming Olympics quarter-final between Netherlands Women and USA Women.

The quarter-final between USA Women and Netherlands Women will be the first time that both teams will be playing against each other at the Olympics. Both teams are in good health and there are no injured players, so they will be playing at their best on Friday.

In the past, they have only played either friendly games or at the World Cup. The winner of this match, which we think will be USWNT, is going to face either Brazil or Canada at the semi-finals. By the time this match begins, you should already know the outcomes of the other three quarter-final fixtures, including which team will be facing USA Women at the semi-finals. 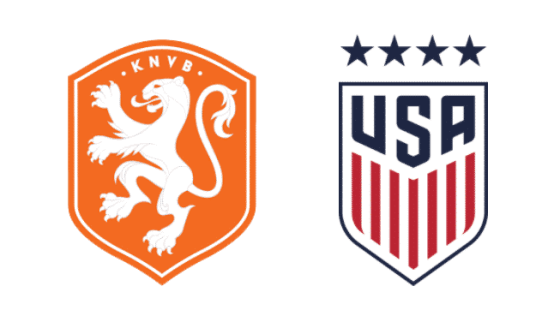