El Salvador and Curacao are definitely the two lesser fancied sides in Gold Cup group A. A win for either team would be a huge start though. Can either team grab the precious points? Find out with our El Salvador vs Curacao match preview with free tips, predictions and odds mentioned along the way.

A trio of tips for El Salvador vs Curacao

El Salvador to put early points on the board

El Salvador might be on a three game winless run but the same can be angled at Curacao; neither side is in good form. Prior to the recent blip though, El Salvador had been on a run of seven games without defeat winning five of them. Again, Curacao's story isn't too different with three wins on the bounce but, for them, it's the winning sequence that was a blip and not the draws and losses. The head to head record doesn't look too good for Curacao either; the sides have met five times in six years with El Salvador winning four and drawing the other.

There won't be goals for both teams

We'll be honest, we thought about backing El Salvador to win to nil. Instead though, our prediction here is a slightly more cautious approach as we bet on ‘no' both teams to score. If you look at the recent form of both sides, it's pretty compelling. El Salvador have only been involved in one game across their last five where both teams have netted whilst for Curacao it's just two of five. Then, again, you have the head to head; in the last five meetings only one match has seen goals at both ends – that was March 2017; there have been two further meetings since then.

We've touched on an unbeaten run that El Salvador had been on not too long ago. In that period they recorded a couple of big wins; this match will not be another with none of the last five head to head games ending with over 2.5 goals. On top of that, recent form doesn't really suggest we're in for a goalfest either; Curacao have seen an average of just 1.0 goals per game over their last three outings. For El Salvador, that number is slightly higher but only by 0.3.

El Salvador vs Curacao: All the key betting stats

A winning start for El Salvador

Neither of El Salvador or Curacao are in good form with no wins between them in their combined six latest matches. With form that is lacking, the prospect of progressing from their Gold Cup group looks like a big ask. Despite the poor form and being up against it in their group, a win for El Salvador or Curacao from this match, which is largely in the balance, would give them a real chance of sneaking a top two finish. Who are the key men that could decide this match? For El Salvador it's David Antonio Rugamas Leiva. Curacao will be looking to Juninho Bacuna.

Our final thoughts on El Salvador vs Curacao 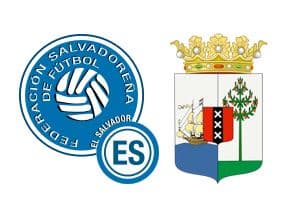