Major League Soccer has been around for almost 3 decades. During this period, the league has witnessed some amazing players raise the standards to the point where MLS is now considered as one of the top leagues outside European football. Just as with any team were the foundation has to be built from the back, the league has been built on the quality of some amazing defenders. Even the current 2021 season has a number of top players who have been exceptional at the game. Let us take a look at some of the all-time best MLS defenders along with some of the best defenders in the current campaign.

There are very few players who have managed a string of success in the MLS Cup and Jeff Agoos would find himself on this illustrious list. The former DC United, San Jose Earthquakes, and MetroStars defender has been able to win the MLS Cup an incredible five times. In fact, he’s only behind London Donovan when it comes to the highest number of MLS Cup wins. It is not a surprise that he would be considered as one of the best MLS defenders in history. In fact, he would even be considered as one of the best defenders in soccer had he been representing a European team for long. The Swiss-born American International was also able to feature in 134 games for the national team.

Eddie Pope will easily make it to the list of the best defenders in soccer that the United States has witnessed over the years. The former DC United, Metrostars, and Real Salt Lake player enjoyed immense success throughout his career. Among the numerous individual accolades that he had been able to pick up, the MLS Defender of the Year title in 1997 stands out. He was later inducted into the National Soccer Hall of Fame in 2011. The best career movement for the defender might have been the incredible golden goal that provided DC United with their first MLS Cup back in 1996.

The former Columbus Crew and Seattle Sounders defender racked up more than 400 since the MLS while also cementing his position as one of the best MLS defenders in history. He was able to win a number of team and individual accolades during a career that lasted 16 years. Many at Seattle Sounders would still reckon that the club might not have been able to win the MLS Cup without the presence of Chad Marshall. He was part of the MLS Super Draft in 2004 and few would have imagined that he would hold his own in the MLS All-Star appearances even after the arrival of many expensive acquisitions. 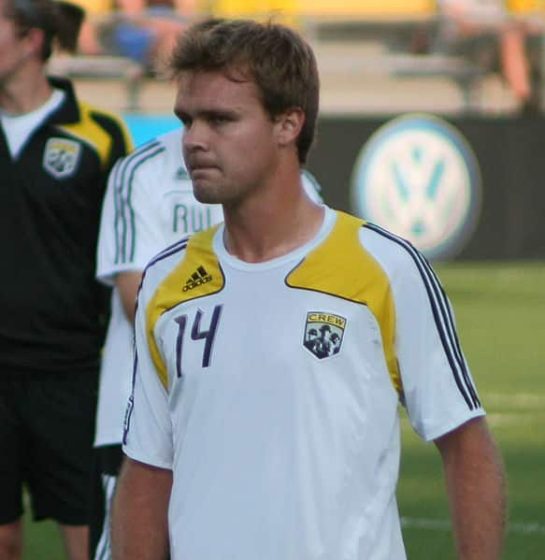 Don't forget to check out the latest MLS picks before making your sportsbook bets!

Seattle Sounders have benefited immensely from the presence of Nouhou Tolo. Brian Schmetzer’s men have picked up the most points from the regular season so far this season. It is down to a strong defense, which is the best in the business by a significant margin. Seattle have conceded fewer than any other team so far this season and Nouhou Tolo has allowed Brian Schmetzer to utilize a 3-5-2 formation that has been immensely rewarding for the team. Nouhou Tolo is in line to become the Defender of the Year title. Still only 24 years old, it can sometimes be frightening to see the progress Nouhou Tolo has made in his career and the potential for improvement going forward.

Former LAFC defender Walker Zimmerman happens to be one of the best MLS defenders in the current roster of any team in the league. A confirmation of the same came about in 2020 when he was crowned as the MLS Defender of the Year. Since acquiring Zimmerman from Los Angeles FC, Nashville have truly started taking off the ground. In the regular season matches of 2020, Nashville only conceded 28 goals. This is quite an impressive feat considering that Inter Miami – a new franchise for 2021 – have already allowed 13 goals so far this season.

Jack Elliott was considered quite an underrated defender when he came to the league in 2017. After being in the shadows of Mark McKenzie for a long time, the former fourth-round draft pick has been able to make impressive progress in his career. He has been extremely consistent during the 2021 campaign. Even now, the likes of Jakob Glesnes make it to the headlines, but one cannot mistake the amazing consistency shown by Elliott in the last few months. So far, his amazing defensive performances have been integral towards Philadelphia Union possessing one of the meanest defenses this season.