The great nation of America is famous for many things. Countless iconic landmarks fill horizons throughout the country, such as the Statue of Liberty and the Empire State Building, with attractions like the Grand Canyon and Mount Rushmore also standing out. America’s strong imprint on global culture also cannot be ignored, with its endless line of singers and actors known all over the world for their talents.

Its sporting scene is another major point of interest, with billions of fans both inside and outside of the nation following the leading NFL and NBA franchises wherever they go. One sport that is, however, making a slow but steady rise in the country is soccer, with many US citizens making their feelings clear about the 2026 World Cup; that they can lift the famous trophy. Perhaps that is because it will indeed take place in the US, or perhaps it is because they are confident in their current generation of stars. They do, however, have a challenge ahead when following in the footsteps of the greatest ever American soccer players in Europe.

Many of the US heroes of old did indeed spend some time in their homeland at top MLS teams, but the very best sought out a career in the top European leagues. 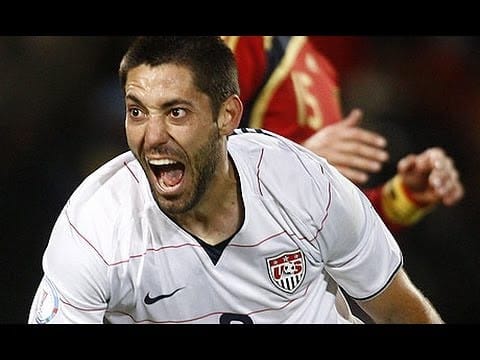 Clint Dempsey is possibly the main name that comes to mind above all else when thinking about American soccer players in Europe, such was his legendary status at Fulham. The midfielder scooped the club’s Player of the Season award twice, with his heroics helping his side to the 2010 Europa League final. Formidable striker Brian McBride is another who earned cult hero status for his displays at Craven Cottage.

But former Everton stopper Tim Howard will undoubtedly want to claim the title for the best US export, with the legendary goalkeeper still adored on Merseyside to this day. But it certainly is a difficult task to identify the very best of the former American soccer players in Europe, with ex-Rangers, Manchester City and Sunderland man Claudio Reyna yet another top-class performer.

The best of the current crop 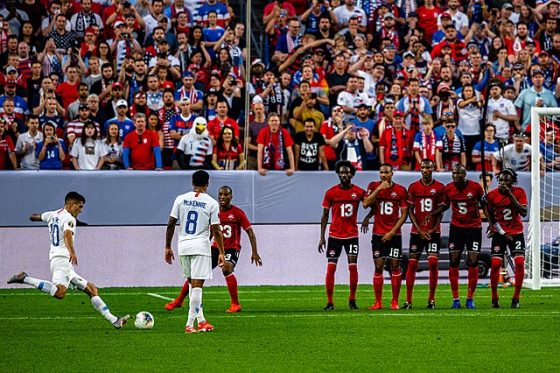 There are clearly then a handful of US stars who have spent at least some of their glittering careers in Europe, but today we are seeing much more American names pop up around the top European leagues.

The very best American soccer players in Europe have found a home in England throughout the years, and it could be something fans of the Premier League may have to get used to once again. Chelsea’s Christian Pulisic is perhaps the most striking name in the entire current US national team roster, with the 22-year-old fresh off the back of lifting the Champions League with the Blues. He also has a German Cup to his name from his time at Borussia Dortmund, and has already racked up 38 games for his nation despite his age. His adored reputation back home was furthered with a late winning penalty in the 2021 CONCACAF Nations League Final victory over Mexico. The winger is undoubtedly one of the best American soccer players in Europe.

Another rising Premier League star is Wolves midfielder Owen Otasowie, with the 20-year-old New Yorker showing a glimpse of just what he can do last season under Nuno Espirito Santo. Expect to see more of him this time around.

Of course Manchester City couldn’t miss out on the action, with Zack Steffen proving to be a more than capable deputy for Ederson between the sticks, while their young defender Erik Palmer-Brown is currently on loan at Austria Wien. Chelsea also have a defender out on loan, with Matt Miazga currently plying his trade at Anderlecht.

Fulham duo Tim Ream and Antonee Robinson meanwhile now reside in the Championship after their relegation from the top-flight, but that may not be the final story in English soccer for the latter. Barnsley also had an exciting US prospect on their roster last season, but promising striker Daryl Dike has since returned to parent club Orlando City.

The Bundesliga is certainly a close second when it comes to housing some of the most talented USA youngsters, with several of the leading American soccer players in Europe currently playing in Germany. Borussia Dortmund wonderkid Gio Reyna is attracting a lot of attention for his dazzling displays, with Tyler Adams proving to be a more than reliable performer for RB Leipzig both domestically and in Europe. Bayern Munich starlet Chris Richards is another with a bright future, while Werder Bremen striker Josh Sargent will almost certainly be a key player for the US for many years to come.

Leading the charge elsewhere across Europe’s top leagues is Sergiño Dest and Yunus Musah, with the youngsters currently bolstering their already glowing reputations at Barcelona and Valencia respectively. Undoubtedly two of the best American soccer players in Europe.

In Ligue 1, Lille forward Timothy Weah is doing his utmost to follow in his father’s footsteps on the pitch, with fellow attacker Konrad de la Fuente also impressing at Marseille.

may be one of, if not the only, US rising star currently earning a living in the top tier of Italian football, but the 22-year-old is already one of the top American soccer players in Europe. The versatile midfielder has gained plenty of experience against some of the best footballers throughout the globe, and he will look to dominate at the heart of the US men’s national team in the upcoming major international tournaments.

Best US soccer coaches of all time: USMNT, MLS & more

Gold Cup teams: Who is taking part in 2021 and who are the main contenders?

Gold Cup live stream: Where can I watch and is there a free stream?

USWNT Schedule: Upcoming Fixtures for 2021 and beyond