Which are the Eastern Conference Teams and Which of them Have the Best Chances? 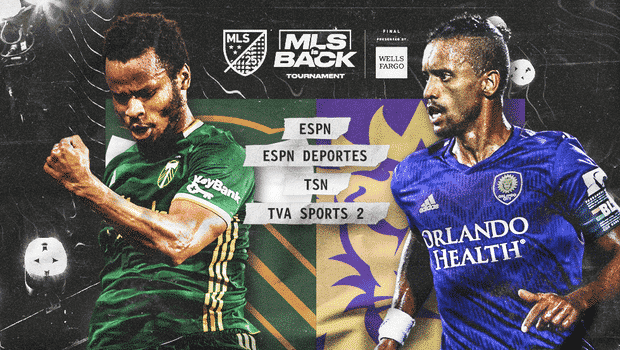 The following teams belong to the Eastern Conference of the Major League Soccer:

D. C. United won the MLS Cup four times in 1996, 1997, 1999, and 2004. They also won four Supporters' Shield wards. Unfortunately, for them, the 1998 MLS Cup winner Chicago Fire took their chances of winning the Cup four consecutive times. During that season, D. C. United finished as a runner-up. A retired player of theirs holds most of D. C. United's offensive records like goals scored, assists, games, penalty-kick goals, and game-winning goals. The team hasn't won the Cup in recent years, but they still have a shot at repeating their success during the early years.

Atlanta United has had a great run, but when it comes to titles, they only have one MLS Cup in 2018 and one US Open championship in 2019. The team's top goalscorer is Josef Martínez, who scored seventy-seven goals, other players of the team aren't even close to scoring as many goals as him during the MLS. Another top player of their squad is Julian Gressel, who has thirty-five assists for two years.

The Columbus Crew SC has only one MLS Cup and one US Open title, but they won three Supporters' Shields. The team finished first place at the end of the Eastern Conference, but they didn't get to play at this year's MLS Cup because the matches were cancelled. The team has many potentials, and they might get a chance to prove themselves next year.

What is MLS and where do they play it?

MLS means Major League Soccer, and it's the United States and Canada's highest men's football (soccer) league. The league was formed in 1996, and it consists of twenty-six teams. There are plans to expand the number of teams to thirty by 2023 to include: Austin FC, St. Louis, Charlotte FC, Sacramento Republic FC.

You might be asking your selves about the format that the MLS follows. The MLS usually begins The US, and Canada soccer league follows the format of the NFL rather than the format of European Football. All the teams are divided into two conferences – Eastern and Western Conference. Each team plays thirty-four games at the end of the regular season the winning team gets the Supporters' Shield award which is given to the team with the best regular-season record. Besides, the winning team also gets home-field advantage during the playoffs. In the middle of the season, there are the All-Star games where the best players play for fun and exhibition. To find out who the league champion is after each season, the clubs play in a post-season in the format of a knockout tournament. The tournament is called the MLS Cup Play-offs, and fourteen teams compete for the title in or around October, and in November, the MLS Cup concludes with the final game. We are sure that you can see similarities between this format and the NFL format.

Which are the Western Conference Teams, and Which of them Have the Best Chances?

The clubs below are a part of the Western Conference in Major League Soccer.

The Seattle Sounders FC is a tough opponent in the MLS Cup. They only have two MLS Cup titles. One in 2016 and one in 2019. They only won the Supporters' Shield one time in 2014, but have four US Open titles under their belt. The top goalscorers of the team are Fredy Montero and Clint Dempsey. The team has a high chance of winning the title again on the next MLS season, and we can only wait to see if they would win their consecutive championship.

Los Angeles Galaxy won the MLS Cup the most times. They won during 2002, 2005, 2012, 2014, and 2011 MLS Cup finals. They also have placed second in the MLS Cup four times, and the most recent one was in 2009. They won the Supporters' Shield on four occasions, and have a solid squad. Their top goalscorer is who scored a total of 141 goals. Player of the year award was given to Robert Keane and Landon Donovan most, but during the 2018 and 2019 seasons, the recipient was Zlatan Ibrahimović. The team would have a high chance of winning an MLS Cup final, especially if they did it the most out of all other teams in the league.

Sporting Kansas City's best year was 2000 because they won both the MLS Cup and the Supporters' Shield award. In addition to that, they won the MLS Cup again in 2013, and have four US Open titles under their belt. Graham Zusi is the top goalscorer of the team who scored the most goals in the MLS – twenty-eight. Some players scored more goals than him, but they are either retired or currently playing for other teams.

Here are the recommended bookmakers for all MLS bets:

The MLS isn't like any European league, so it might not be easy to understand how the teams qualify. Their format is different, but they play the same game as the famous Premier League clubs. The teams we explored in this article have had a solid history at the MLS Cup, and we believe that some of them, if not win the Cup, would at least rank high in the knockout stage.

Cheltenham betting offers: What to expect for the March 2021 festival?

Best Horse Betting Sites in the UK for March 2021

Betfred Sign Up Offer: Up to £30 free bets for New Customers in March 2021