This article will check out the most popular betting picks and top betting lines for the Los Angeles vs Houston Dynamo MLS match. If you are interested in more MLS betting picks and suggestions, you can check us out on our site.

You can see our top three free betting picks for the Los Angeles vs Houston Dynamo fixture in the list below.

Make sure that any of the lines you see above haven't changed before you finalize your bet slip. We got all of the odds above from BetMGM.

We think there will be more than 2.5 goals scored because the last four times out of five these teams played against each other there was a minimum of three goals scored per match. Also, five out of the last eight matches for Houston Dynamo ended with more than 2.5 total goals scored regardless of the outcome.

Final Opinion and Latest News Regarding the Match

Houston Dynamo will be facing Los Angeles FC at full force with no injured or suspended players. On Los Angeles’ roster forward Kwadwo Opoku is out with an injury since the team's match against LA Galaxy in May. LA FC also has an injured defender (Erik Duenas) who hasn't played at all this season. 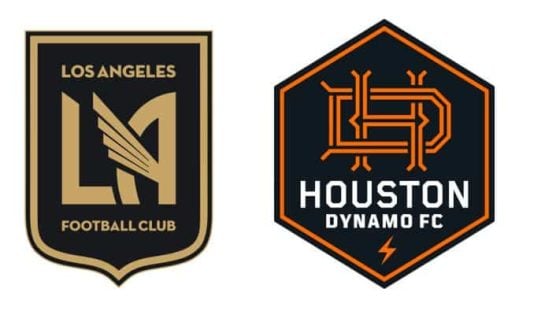 Frequent Questions & Answers About the Match