Let's go over the upcoming match between York United and Forge to find out the best predictions for Saturday. If you are looking for more CPL betting picks and odds, you can check out our website's latest articles.

Here is what our betting experts thought about the York United vs Forge fixture on Saturday. All odds are from BetMGM and are subject to change. Make sure to double-check all of them before wagering.

In this section, you can check out the most recent injuries and suspensions for the upcoming York United vs Forge game.

Martin Graiciar from York United is out with an injury until the end of this year and won't be able to play this weekend. Other than him, there aren't any suspended players from York United.

There aren't any injured or suspended players from Forge, so they will be facing their opponents at their best.

Head-to-Head Data and Stats for York United vs Forge

In the tables below, you can check out the recent statistics for both Forge and York United before the match day.

Both teams’ recent form shows that they are in almost the same place with only a one-point difference between them in the Canadian Premier League table. Depending on how this match goes, we may see a change in positions. As for the match outcome, we think that it will end with more than 2.5 total goals scored and with goals from both sides. Based on their recent stats, those are the best predictions we can think of for the York United vs Forge match. 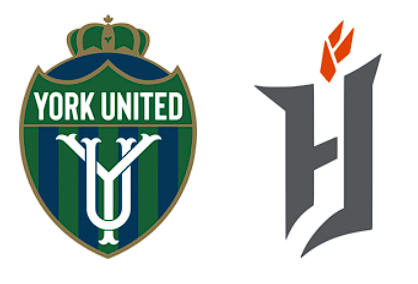