Today, we will go over the York United vs Cavalry match, which will be on Sunday. If you want to see more Canadian Premier League predictions, odds, and free picks, check out our website for more articles.

Below, you can see our suggestions for the best betting lines, predictions, and free picks for the Sunday match between York United and Cavalry. The odds used here are from BetMGM and are subject to change. This means that you should check your bet slip before confirming any bets.

Here, you can check out the latest lineup information regarding the upcoming Canadian Premier League game.

At the beginning of March, Martin Graiciar got a concussion, and he won't be playing this weekend. They don't have any suspended players.

Cavalry doesn't have any suspended players, but Fraser Aird is out with a cruciate ligament injury since the middle of May.

In these tables, you can check out the latest bookmaker odds and statistics for both teams regarding their upcoming match on Sunday.

We think that Sunday's match will most likely end with fewer than 2.5 total goals scored based on their previous matches together. Also, if history taught us something is that Cavalry has a greater chance to win based on the fact that they are in a better form and they have beaten York United multiple times in the past. 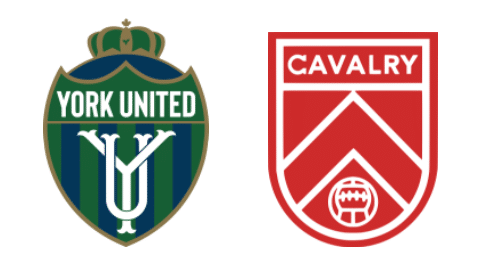