Trinidad and Tobago and Montserrat lock horns in this Gold Cup qualification game with a place in the final round at stake. Who will handle the pressure to keep their dreams alive? Find out with our Trinidad and Tobago vs Montserrat match preview with free tips, predictions and odds mentioned along the way.

Trinidad and Tobago vs Montserrat: Our tips

Montserrat to taste defeat to Trinidad and Tobago

A clean sheet for Trinidad and Tobago

Making the prediction that Trinidad and Tobago Jew a clean sheet is seemingly another big goal with the USA recently dishing out a 7-0 thrashing. The States have a very good side now though and, since then, Trinidad and Tobago have now only conceded one goal in four games. Can Montserrat carry a real goal threat? They've not been tested against any real quality with United States Virgin Islands hardly a fair measuring stick; they have, however, failed to score in their last two defeats.

A match without much action in the nets

It would be easy to think that Trinidad and Tobago might ease past Montserrat based on our first couple of predictions. In fact, they may well make light work of them. It doesn't mean there will be a boat load of goals. Trinidad and Tobago's last three matches have all come in south of the 2.5 mark. You cannot say the same about Montserrat but a big part of that is because they've not found scoring goals too difficult; we're back to that old chestnut of this game being a step up for them.

Trinidad and Tobago vs Montserrat: Where can you find the best odds?

If there is one big thing you can say in favour of Montserrat it is that their confidence levels will be high as they arrive in this match on a five-game unbeaten run. Even though they haven't faced anyone of note, avoiding will breed arrogance. If they're to trouble Trinidad and Tobago, they'll need their key men – namely Corrin Brooks-Meade in goal, Rohan Ince, and Lyle Taylor, who scored a brace in his last outing – to be at it.

For Trinidad and Tobago, they'll be less buzzing with their form with their 7-0 defeat to the USA not too long ago but, as they say, you learn more in defeat. They've faced strong opponents over the last year or so and they'll see Montserrat as a game they have to win. Skipper Khaleem Hyland will be looking to stamp his authority in the middle of the park early on. From there, it will be up to the attacking players – like Ryan Telfer and Duane Muckette – to deliver

Trinidad and Tobago vs Montserrat: A quick rundown 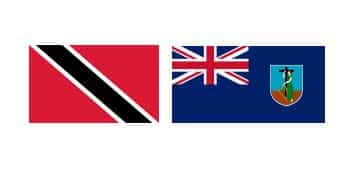