Today, we will check out the Mexico vs Suriname match, which will be this Sunday. If you are interested in seeing more CONCACAF Nations League – League A odds and predictions, visit our latest articles.

These are our top betting picks and predictions for the upcoming Mexico vs Suriname fixture on Sunday. The odds used here are from BetMGM and are subject to change. Double-check them before placing these bets.

Despite losing many of their recent games, Suriname managed to have a BTTS game in four of the last five occasions they encountered. Also, the only head-to-head fixture between Suriname and Mexico ended with both of them scoring goals. We think that Sunday's game will also end the same way no matter who wins it.

The only time these two teams played together the game ended with a seven-goal difference in favor of Mexico. They also won or drew four of the last five matches played, while Suriname won only one of the last five games played by them. Sunday's match between Mexico and Suriname will most likely end with a win for the home team (Mexico).

Lineups and Suspensions for Sunday's Fixture

In this section, you can check out the most recent Mexico vs Suriname injuries and suspensions before their game this weekend.

Mexico doesn't have any injured or suspended players at this time, so they will be facing their opponent at full strength.

Suriname doesn't have any injured players, but Jeredy Hilterman is going to miss the game due to a suspension. He is due back at the end of this month.

Below, you can check out the latest head-to-head statistics and match histories for the Mexico vs Suriname fixture.

Sunday's match between Mexico and Suriname will most likely end with a win for Mexico, which will give them three points. If their second CONCACAF Nations League – League A game goes well, they will take Jamaica's position and advance forward. Besides a win for Mexico, we think that both teams will score during the game. 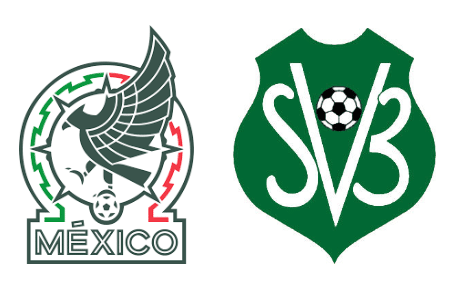 Important Questions & Answers You Should Read Before Sunday