In this article, we will analyze the Mexico vs Paraguay international friendly game that will take place in a couple of days.

Mexico vs Paraguay: predictions & top betting lines for this match

Mexico defeated Paraguay in four of the last five head-to-heads. We anticipate an easy victory on the 1st of August. Mexico lost only one in the last 14 games – it was the 0:3 loss against Uruguay. Meanwhile, the team achieved some great success against the likes of the USA, Honduras, Nigeria, and Costa Rica. Paraguay hasn’t won a single game since the 25th of March in the 3:1 victory against Ecuador.

Mexico and Paraguay exchanged goals in three of the last five head-to-heads. Mexico’s attack is famous for its effectiveness in front of the goal. The team has scored in six of the last 10 games and there have been some difficult fixtures in the past. For example, the team managed to score two goals against Nigeria, a goal in the away game against Jamaica, and one goal in the away game against Honduras in the World Cup qualifications. 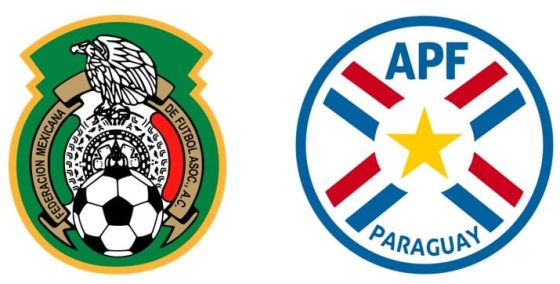 Squad insight for Mexico vs Paraguay

Blas Riveros is the only injured player for this game so the Paraguayan coach will have to find a solution.

Luis Romo was Mexico’s last scorer. He scored the only goal in the game against Jamaica on the 15th of June. Carlos Rodriguez is Mexico’s most expensive player valued at around 10m. Euros. Both of them will be in the starting 11 for this game.

Make sure to make the best Mexico vs Paraguay bet by using the information that our graphics provide:

Mexico with a routine victory

Mexico won four of the last five head-to-heads against Paraguay. The team is by far the better of the two sides and the fact that we will get to see Gerardo Martino’s boys at the World Cup in Qatar in a few months proves Mexico’s superiority. Mexico recently had some good results – two draws and one win in the last three games while Paraguay hasn’t won a game since the 25th of March this year. We believe Mexico will win this with a 2:0 or 2:1 result.

Major Q&A for the upcoming Mexico vs Paraguay game: