The battle of the underdogs is getting closer and closer and in this article, we will be reviewing the two team’s chances for success in this clash.

There hasn’t been a team as poor as Juarez in Liga MX last season. Tijuana shouldn’t have too many issues in defeating their opponent this week.

The two teams have played seven games against each other and Juarez has recorded only one victory. Three other games ended in draws and three in Tijuana victories. What’s important to mention here is the fact that Tijuana has never lost a point against Juarez when the games were played at Estadio Caliente. With three victories in three games at Estadio Caliente, Tijuana will be looking to further increase the record against Juarez.

Four of the seven games that were played between Tijuana and Juarez had one of the teams going home without scoring a goal. The most common results are the 0:0 draw and the 1:0 victory. That being said, Juarez had the poorest goal-scoring record in Liga MX last season. Juarez scored only 10 goals in 17 games in the Clausura and it will be highly unlikely that this will change right away.

Squad Insight for Tijuana vs Juarez

There are no injuries or suspensions for the two teams.

Lucas Rodriguez scored a penalty in Tijuana’s first game in Liga MX this season which earned a point for his team. The game against Pumas UNAM will also be remembered by Jonathan Orozco’s four saves that didn’t allow Pumas UNAM to get anything more than the point.

The team captain is expected to be in the starting 11 for this game. Alfredo Talavera was in fact a key reason behind Juarez’s success in the first game of the season against Guadalajara. He made five saves and by doing so earned his team a valuable first point. 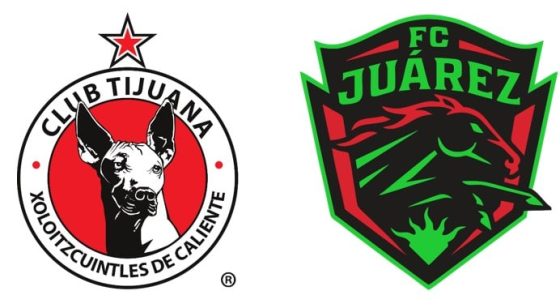 H2H Statistics And Odds For Tijuana vs Juarez

Our soccer experts will help you make the right bet on Tijuana vs Juarez with these charts:

Juarez scored only 10 goals in 17 games in the Clausura last season. Yes, the team didn’t lose its opening game against Guadalajara and even scored a clean sheet, but Juarez also didn’t score a goal. The bad attacking record continues and it’s unlikely that the team will get anything at Caliente Stadium where they haven’t had even a draw throughout history. We expect a boring 1:0 victory for Tijuana in this game.

The Most Essential Questions For Tijuana vs Juarez: