Japan will be facing United States on Friday, and in this article, you will find out more about the match and the various betting picks we have for it.

Free Betting Picks and Odds for Japan vs United States

We went through the match data and came up with the following top free betting picks and predictions for the Japan vs United States match. These BetMGM odds are correct at the time of writing, but also subject to change, so double-check them before betting.

Injury Status and Lineups for Japan vs United States

In this section, you can check out the most recent injury status for both teams before their upcoming game on Friday.

Japan will be facing their opponents at full strength on Friday because they don't have any injured or suspended players on their team.

The USMNT will also be playing at full strength because they don't have any injuries or suspensions right now.

Below, you can read up on the most recent match histories and statistics for both Japan and United States for their match this week.

We believe that the Friday game between Japan and the USMNT will most likely end in favor of Japan, which would be the first time in history they have beaten the USA. They only played together once before, but that was back in 2006. We also think that the upcoming game has a high chance of ending with more than 2.5 total goals scored. 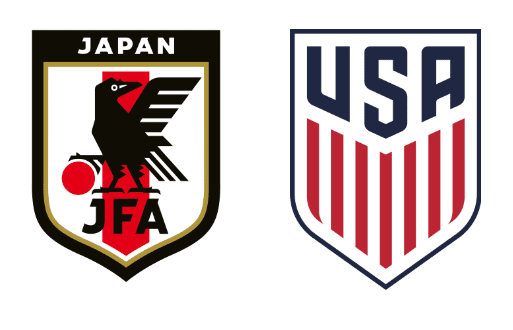 Popular Questions and Answers for Japan vs United States