In 2019 Bermuda exited the Gold Cup in the group stage whilst Haiti went all the way to the semi-final. This year, one of the two won't make the finals. Who will miss out? Find out with our Haiti vs Bermuda match preview with free tips, predictions and odds mentioned along the way.

Our predictions for Haiti vs Bermuda

Haiti to see off Bermuda challenge

Haiti vs Bermuda is likely to be a fairly even match but we're making the prediction that Haiti come away with the win. In their last five games both sides have tasted defeat twice with Haiti winning three and Bermuda drawing one and winning their other two. The other thing the two sides have in common is their last result; Haiti battered Saint Vincent and the Grenadines 6-1 whilst Bermuda breezed their way past Barbados with an 8-1 score line. Confidence in both camps will be high but Haiti have a better spread of quality throughout their team. It will see them make it four head to head wins on the spin.

Bermuda to fall narrowly short of what is needed

Our first tip mentions that we don't expect there will be much in this match; it certainly won't be ending anything like the last score lines these two teams served up in the last round. In fact, we think just one goal will be the difference. There isn't much to choose between the sides and they'll respect one another on the field. Throw in the head to head record and you can see why we don't think either team will steamroller their way to the Gold Cup. Of the four meetings there have been, three of them have ended with the solitary goal between the teams.

Both Haiti and Bermuda will hit the net

The match might be a hard fought one but that doesn't mean it will be dull; we are confident there will be goals in this game. Bermuda are fresh off the back of scoring eight whilst they've netted in four of their past five games. They've also netted in two matches against Mexico in recent times so we know they have a real goal threat. Haiti meanwhile have only blanked twice in 10 games; both of those matches were against Canada so aren't the best measure for what we might see here. 17 goals scored in their last five is proof they know where the goal is.

Haiti to win a close encounter

Bermuda arrive in this match in mixed form; they've had two huge wins in their last five but have also fell to a couple of defeats too. Nahki Wells carries the main threat for them and banged in two goals in their win over Barbados. Will he play a key role in this match? Possibly, yes. Realistically though, it will be their defence, which will likely include Dante Leverock at it's heart, that makes the difference. Haiti don't boast a name like Wells but their collective is stronger with Duckens Nazon and Frantzdy Pierrot carrying a goal threat. With two huge wins in their last five matches, those attacking players will fancy their chances of getting on the scoresheet again.

Pre-game info ahead of Haiti vs Bermuda 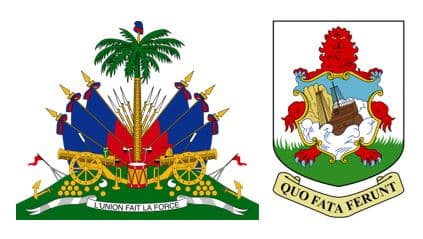