In this article, we will go over the Forge vs Atletico Ottawa fixture to find the top betting picks, predictions, and lines we can suggest for you.

Latest Betting Picks and Lines for Forge vs Atletico Ottawa

After going over the fixture statistics and data we came up with these betting picks for the Forge vs Atletico Ottawa fixture. If you want to see more Canadian Premier League odds, check out our website.

All betting lines are from the bookmaker platform BetMGM and are subject to change, so make sure you check them out before betting.

Recent Match Histories and Statistics for Forge vs Atletico Ottawa

In the tables below, you can read all the latest statistics and match data for the upcoming match between Forge vs Atletico Ottawa.

Atletico Ottawa is currently at the bottom of the Canadian Premier League table with only seven points while their opponents have a chance to get in the top three if they are lucky. Forge doesn't have any injured or suspended players to speak of, and neither does Atletico Ottawa.

We think that Forge will most likely beat Ottleti, and the chances for many goals to be scored are slim to none based on both teams’ history and statistics.

Forge's midfielder Molham Babouli (four goals, so far) even has a chance to score and tie for the top scorer spot in the tournament, for now. 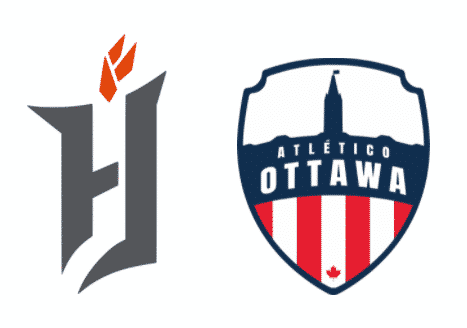