Today, we will go over the Cavalry vs Valour fixture and recommend our top choices for betting picks and betting lines for the event.

Check out the top three betting picks for the Cavalry vs Valour match below, and if you want more Canadian Premier League predictions, make sure to visit our website.

Before finishing placing these wagers make sure you check out the odds on the bet slip because they can change at any time after we post this.

Seven of the last ten matches for Valour ended without both teams scoring goals. Three of the last five head-to-head matches between Valour and Cavalry ended with the same outcome. 50% of Cavalry's last ten games also ended with clean sheets.

Latest Statistical Data for the Cavalry vs Valour Match

Below, you can check out the most recent fixtures and scores for Cavalry vs Valour, plus popular bookmaker odds at the moment.

Valour has never won a match against Cavalry in the history of the teams and we don't expect their first win to be on Sunday. Their recent form, especially in the last several fixtures lacks considerably. For example, they lost a match against two of the three teams at the bottom of the CPL table, right now.

There are no injured or suspended players on either side of the pitch, but Cavalry has two players – Anthony Novak and Nikolas Ledgerwood – that are at risk of suspension with four yellow cards each. 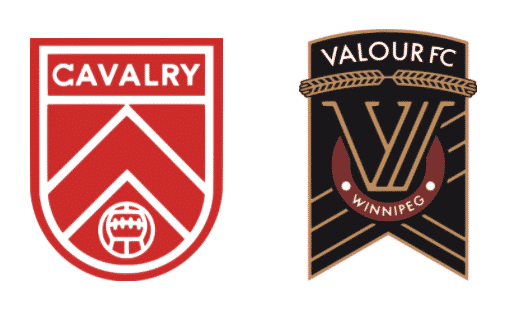