This preview is for the New England vs Toronto match, which will be on the 31st of July. Below, you can check out the latest betting picks, and predictions for the event.

All betting lines came directly from the BetMGM bookmaker platform and are subject to change, which means that you will have to check your bet slip for changes before placing any of these bets.

There have been a lot of high-scoring games recently that involved New England, Toronto, or both. That includes three of the last five matches for both New England and Toronto. Also, two of the last three games that these teams played together ended with more than 2.5 total goals, too.

In this section, you can see which players won't make it on Sunday due to various injuries or suspensions.

New England doesn't have any injured or suspended players on their squad, so they will be playing at full strength this weekend.

Toronto doesn't have any suspended players, but they do have one injury on the team – Noble Okello has been sidelined since April.

These are all the latest data and statistics for New England vs Toronto, check them out below.

Toronto and New England have had a few bad games recently and we think that their next head-to-head will end with a BTTS outcome and more than 2.5 total goals scored. Although they won't be missing many players this weekend, both teams’ recent form is still lacking. 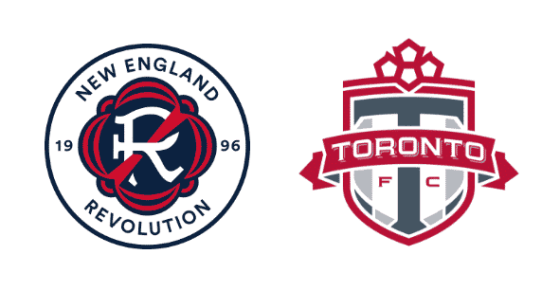