Pumas had a great Apertura last year but dropped like a stone in the Clausura as Atlas made the play-offs. It make for an interesting opening match but who will win? Find out with our Pumas vs Atlas match preview with free tips, predictions and odds mentioned along the way.

Our picks for Pumas vs Atlas

Pumas to edge a tight match

Atlas come into the opening weekend of Liga MX off the back of two defeats whilst Pumas have won three games on the spin to warm up ahead of the new campaign. Last year, Pumas performed brilliantly in the Apertura and they'll be looking to do the same again. On top of showing the slightly better form, Pumas also boast a better head to head record having won three of the last five meetings losing none.

Could it be a draw?

Call us cowards but when there is still value in the betting odds, it's often sensible to cover two basis with the double chance; that's especially true when the game is very much on a knife edge. As mentioned in the first prediction, the form of the two sides isn't vastly different; Atlas have three wins compared to Pumas who have two wins and two draws. In a world where points were awarded for every game (some of the fixture weren't eligible) there would have been little between them. Then you have the h2h record. Pumas have largely dominated with Atlas winning just two of 10 meetings but there have been three draws as well; that means Pumas have won five – two of those last three victories have been by a solitary strike.

Whilst we expect a closely fought match, we don't necessarily anticipate it being a cagey one. We'll begin with a look at the head to head; in 10 meetings the teams have served up a total of 30 goals. That's 3.0 per match. More recent form has seen Atlas fall short of the 2.5 mark with just a combined 10 goals across their last five but Pumas have averaged at a rate of 3.0. With Pumas form combined with a goal filled h2h history, it could be an exciting first fixture of the season.

Pumas vs Atlas: How have the teams been performing?

Plenty of goals in a well battled match

Heading into this match both sides will think they can win; that is unquestionable. Pumas will take inspiration from their opening set of fixtures last season along with their current form that has seen them win three consecutive games in pre-season. As for Atlas, they'll be looking at how they performed in the second half of the season and know they are more than capable of winning a game of football. It will all come down to key battles; can Johan Vasquez and Nicolas Freire control Atlas striker Julio Furch? Will Pumas man Juan Dinenno stick the ball in the net as we know he can? We'll soon know.

The final word on Pumas vs Atlas 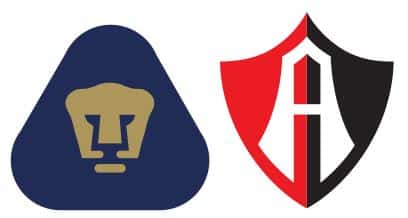