This short article will discover the top betting picks and lines for the Orlando City vs San Jose Earthquakes MLS fixture. If you want even more MLS betting lines, check out our website.

Our Betting Picks and Top Betting Lines for the Match

Our MLS betting experts reviewed all the data and statistics for this match and came up with the following free betting picks:

We got our betting lines from BetMGM, so if you want to place any of the bets we offered, please double-check the betting lines because they are subject to change.

San Jose Earthquakes have had only one injury recently – Jacob Akanyirige who was injured at the beginning of May and has missed most of the games this season. On Orlando City's side, there are three players still injured – defenders Ruan and Oriol Rosell, who are both out because of an abdominal strain, and forward Pato who is out with a knee injury and has only played once this MLS season.

When playing against each other, these teams tend to score many goals, whether it’s a BTTS situation or a clean sheet game, so you should look out for Orlando City's forward Nani, who has already scored four goals this season. 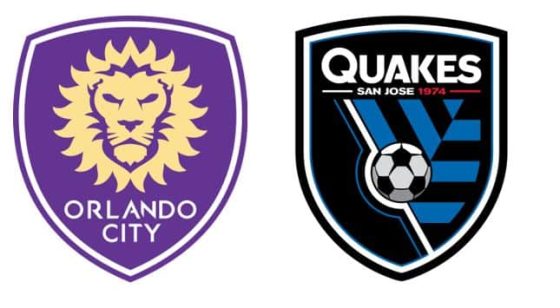