A troubled Necaxa is going up against the in-form Atletico San Luis in a desperate battle for the much-needed three points.

Seven of the last 10 games between these two clubs resulted in very few goals – two or fewer. Two of the other three games that had more goals barely managed to beat the three goals margin and resulted in 2:1 victories. Atletico San Luis has one of Clausura’s best defenses and has conceded 15 goals in 13 games. Meanwhile, Necaxa has the 4th worst performing attack – 14 goals scored in 13 games.

Either a Draw or an Atletico San Luis Victory

Only a minor injury issue in the away team for this game.

Rodrigo Aguirre is Necaxa’s top goal-scorer this season. He made 84 shots and scored eight goals so far. The only other player that is close to those numbers is Alejandro Zendejas who has six goals.

Jesus Pinuelas is injured and will miss the game against Necaxa. German Berterame will be more than motivated to perform well for his team in this game. He is currently the 2nd most productive striker in Liga MX as he has scored 12 goals this season. 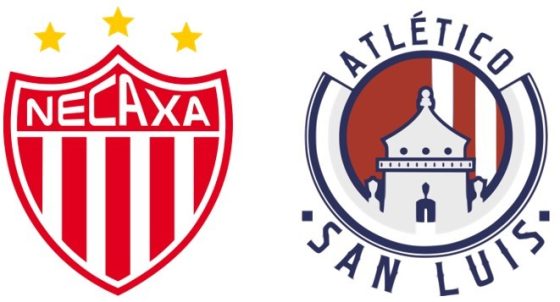 Odds and Stats for the Necaxa vs Atletico San Luis Clash

The most important information regarding the head-to-head statistics and odds can be located in our next graphic:

Atletico San Luis has a great chance to climb the ladder in Liga MX. A victory against Necaxa and the right outcome from the other games this week could bring Andre Jardine’s boys up to the 6th position in the league. The team is performing very well recently and has three victories, a draw, and only one loss in the last five league games.

Key questions and answers for the upcoming game: