The dream of a Gold Cup place might be some way off but it all starts here; who will win? Find out with our Haiti vs St. Vincent/Grenadines match preview with free tips, predictions and odds mentioned along the way.

An easy win for Haiti

The nets will bulge

If you've just read the first of our tips then backing over 2.5 goals should make sense. The two sides have seen 37 goals in their last 10 combined games; that's a game average of 3.4 for Haiti and 4.0 for St. Vincent/Grenadines. The last head to head meetings between the two nations are a while back but the last two meetings both exceeded 2.5 goals; they both finished with a total of four goals in the game.

Pierrot to be amongst the goals

If you ignore Haiti's last couple of matches and their form is decent; they're on a four game unbeaten run. The standout result is their 10-0 win over Turks and Caicos Islands. In that game, Pierrot bagged a hat-trick; he also ended the season well in France's second tier with two goals in his last three games. The Guingamp forward started both matches against Canada so will likely start again against St. Vincent/Grenadines; he'll get a damn sight more chances this time round.

Haiti vs St. Vincent/Grenadines: Check out these odds

Haiti vs St. Vincent/Grenadines should be a one sided match. Haiti might have lost their last couple of games but they weren't expecting much out of back to back games with Canada. Things were kept respectable too meaning camp confidence will be good; they had won three on the spin beforehand. Whether Josue Duverger or Johnny Placide starts in goal, they should have an easier time of it. At the top end, Duckens Nazon and Frantzdy Pierrot will be hoping for the goals to flow.

St. Vincent/Grenadines won't be going into the game just to get beat though; they'll at least try and keep things tight. Guatemala smashed them for 10 a couple of games back but they put in a battling display against Cuba; they still ended up losing 1-0 though. They changed system for that game and it's expected Jamal Yorke will start at the heart of a four man defence again. Partnering him will probably be Nigel Charles; he didn't play in the Guatemala thrashing. Those two will need to be on their a-game if St. Vincent/Grenadines are to get a result here. 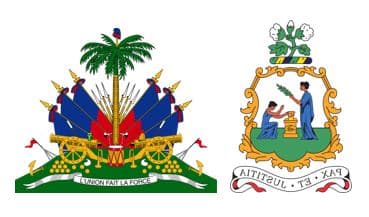