Top free betting tips and odds for Wanderers vs Brisbane

Following the successive defeats, Western Sydney Wanderers go up against Brisbane Roar in the next A-League attempt on Saturday, 22 October. The Roar follows a winless sequence in different competitions before this game.

Brisbane Roar has a favourable record against Wanderers by winning three of the last five H2Hs, losing only once. However, the team have not been that great in the recent outings as they are without a victory in the last four attempts, losing two of them. The Roar registered successive wins in the recent away outings in Australia Cup but they had consecutive defeats in the ending visits in A-League last season. On the other hand, Western Sydney Wanderers have got the back of two wins in a row. So we expect the Wanderers to fancy their chances in front of the home fans in this game.

Western Sydney would be optimistic to score in this game following the recent wins and they have also hit the target in all of the previous six home games. But the Wanderers won both of the previous games with clean sheets. In opposition, Brisbane Roar are on the other side of the spectrum and failed to score in the last two games. Hence, we don’t see both teams scoring at the same time in this meeting.

Wanderers vs Brisbane: Check out the best odds and the latest stats

Wanderers vs Brisbane: Check out the team lineups

The Wanderers travelled to Melbourne Victory in the last game and earned a narrow victory of 0-1. Winning both of the starting games of the season, the team is in the second position in the standings. Centre-back Rhys Williams will be the only player to miss the upcoming game due to a hamstring injury.

The Roar leaked two goals in the first half of the last game and conceded a 0-2 defeat against Melbourne City. The team was restricted to a draw in the first round of the season and are currently tenth in the points table. The head coach Warren Moon will have a fully healthy squad available for this game.

Questions About Wanderers vs Brisbane 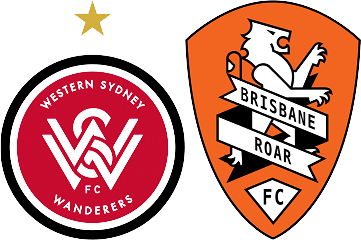 Where is the game being televised? CommBank Stadium (Sydney).

Where is the game being televised? Arena Sport (Cro), BT Sport, Veikkaus TV.